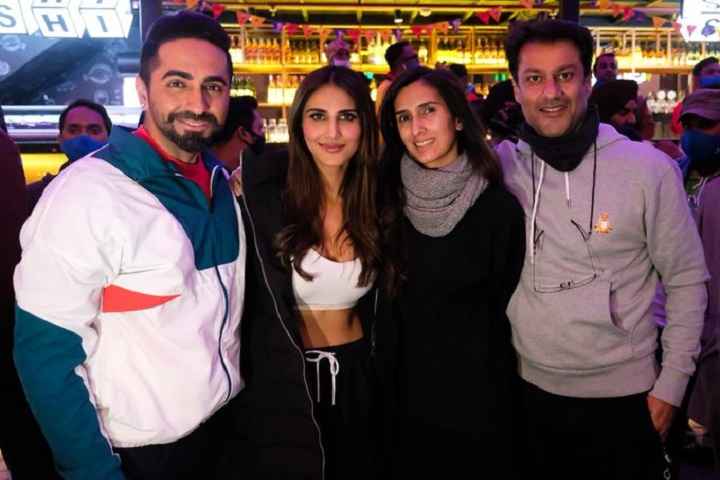 Ayushmann Khurrana and Vaani Kapoor have wrapped the filming of their upcoming romantic-comedy movie, Chandigarh Kare Aashiqui. The entire film was shot in Chandigarh for start-to-finish of a 48-days shooting schedule.

Chandigarh Kare Aashiqui is a romantic-comedy film which is directed by Abhishek Kapoor and bankrolled by Bhushan Kumar of T-Series in association with Pragya Kapoor.

Talking about the film, Ayushmann had earlier shared with Bombay Times, "Abhishek has a distinct voice in cinema today, and I’m glad that we finally got the opportunity to work together on a project that’s close to my heart. This beautiful love story will take viewers on an emotional roller-coaster ride and it is a total family entertainer".

Apart from Chandigarh Kare Aashiqui, the National Awardee has now signed a new movie with Junglee Pictures with whom he previously worked on Bareilly Ki Barfi [2017] and Badhaai Ho [2018]. The movie titled 'Doctor G' is a campus comedy-drama which will be helmed by debutante Anubhuti Kashyap.

On the other hand, Vaani Kapoor will next be seen in 'Bell Bottom' with Akshay Kumar, Lara Dutta, and Huma Qureshi. Bell Bottom will release on 2 April 2021.

Ayushmann Khurrana On Why Chandigarh Kare Aashiqui Is A Special Film

Ayushmann Vicky Donor shaped me as an actor

Ayushmann Khurrana Makes To The Times 100 Most Influential People List