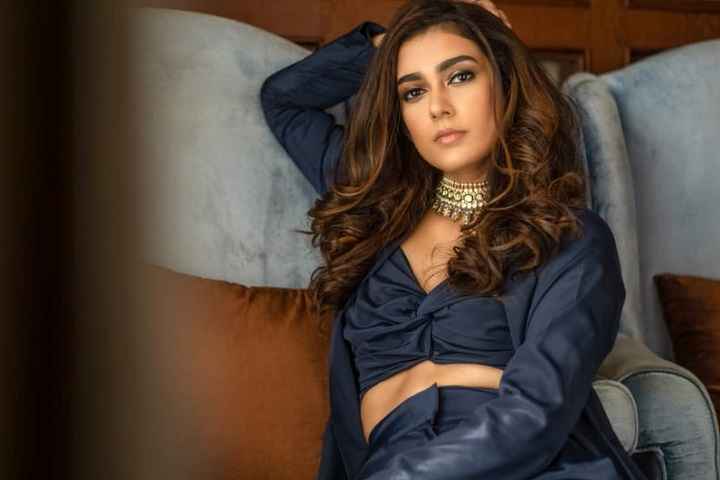 "It's like a dream come true to be a part of such a big and much-awaited film. I am so excited to share the screen with Ajay sir and Amitabh sir and the icing on the cake is Ajay sir is directing the film. It's actually happening! It's an important role and I am lucky that the first muhurat shot of the film had me in it," said Aakanksha.

Great Morning ♥️ here I start another journey and Iam thrilled to be a part of this amazing team , super excited to share the screen with @ajaydevgn sir and @SrBachchan sir. 😍 https://t.co/8X3izwH0RT

Aakanksha is popularly known for playing the lead role in the television show 'Na Bole Tum Na Maine Kuch Kaha'. She made her Bollywood debut with Badrinath Ki Dulhania and also starred in a couple of South films, including the hit Kannada film Pailwaan starring Sudeep.

Meanwhile, the Mayday shoot has begun in Hyderabad and will be completed in a start-to-finish schedule. The movie is scheduled for release on 29 April 2022 worldwide. Ajay Devgan is not only directing the movie but also playing the lead role and he is the producer of the film also.