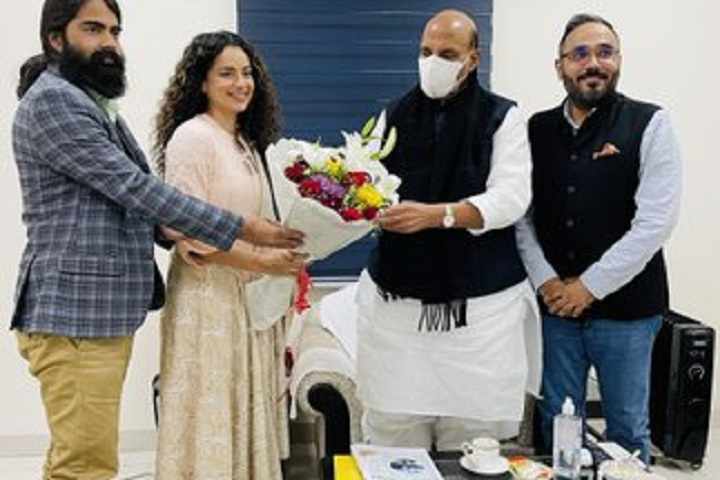 After completing the filming of Jayalalitha's biopic, Thalaivi, Kangana Ranaut has started preparing for his next, Tejas in which she is playing a daring and fierce fighter pilot. While the movie is yet to go on floors, team Tejas led by Kangana met the defense minister Rajnath Singh to discuss the movie on Sunday (December 13).

Sharing the pictures of her meeting with Rajnath Singh, Kangana along with the team shared the script of the movie with the Indian Air Force and also sought a few permissions regarding the movie.

Talking about the movie, Tejas is the story of a daring and fierce fighter pilot, played by Kangana Ranaut. The Indian Air Force was the first of the country's defense forces to induct women into combat roles in 2016. The film takes inspiration from this landmark event.

Tejas movie will be directed by Sarvesh Mewara while Ronnie Screwvala will produce the film under his production banner RSVP Movies. Tejas will be the second film of Ronnie Screwvala on the brave soldiers of the Indian armed forces after the all-time blockbuster, URI The Surgical Strike.

Kangana Ranaut Takes A Dig At The Maharashtra Government Over Power Cut In Mumba...