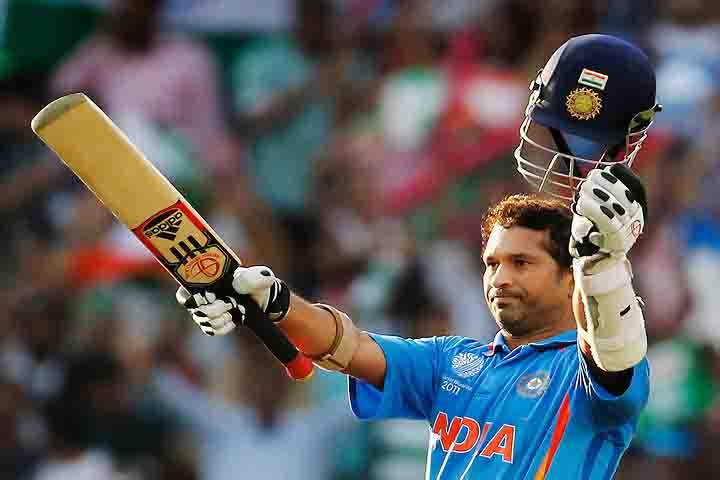 India captain Virat Kohli is reducing the gap between him and Sachin Tendulkar pretty quickly in terms of scoring centuries at an international level. After scoring his 27th Test hundred in the historic pink ball test against Bangladesh, he now has 70 centuries in all three formats which are 1 short from Ricky Ponting who has 71 centuries. Sachin Tendulkar has scored 100 centuries and he is at number 1 position.

Here is the list of players with most international centuries

1. Sachin Tendulkar (IND, 100 Centuries) - If there will be talked about records in cricket, Sachin Tendulkar will always be remembered. The legend of the game and arguably the greatest batsmen of all time, Tendulkar has created numerous records and scoring 100 international centuries is one of them. In 664 matches across all three formats (Test, ODI, T20), Tendulkar has scored 100 hundred (51 Tests, 49 ODIs). Apart from centuries, he has scored 34,357 runs (highest by any player) in this period.

The former Indian captain has retired from the international cricket in 2013 when he played his 200th Test against West Indies at Wankhede Stadium. It became one of the most memorable farewells as the whole stadium were chanting Sachiiiin, Sachin which actually brought tears in Tendulkar's eyes.

2. Ricky Ponting (AUS, 71 Centuries) - There has always been a debate between Sachin Tendulkar and Ricky Ponting that who is the better batsman. Both have done wonders for their respective teams. Even though there is a big difference between the numbers of the two greats, Ponting has scored 71 centuries (40 Tests, 31 ODIs) in 560 matches and also scored 26,825.

Not only Ponting was a great batsman, he equally was a great captain as well who led Australia to win two World Cup titles in 2003 and 2007. He bid goodbye from international cricket against India at the Gabba in 2012.

3. Virat Kohli (IND, 70 Centuries) - Among the top 5 international centurions, Virat Kohli is the only active player. He is by far the best batsman of the modern era. In his 10 years of career, he has done wonders across all three formats. There is the talk among the greats of the game that if anyone can break Sachin Tendulkar's record, Virat Kohli is that one player. The Indian captain has already scored 70 centuries (27 Tests, 43 ODIs) in just 437 innings and scored 21,036 runs.

4. Kumar Sangakkara (SL, 63 Centuries) - Kumar Sangakkara is arguably the greatest batsman that Sri Lanka has ever produced. The left-hand wicketkeeper-batsman has scored 63 international centuries (38 Tests, 25 ODIs) in 594 matches and scored 28,016 runs. Even though he couldn't win 50 over World Cup for his side but he played a major role in 2007 and 2011 World Cup in which Sri Lanka was the finalists.

He helped Sri Lanka to win World T20 title in 2014 in their own backyard where they beat India in the final and Sangakkara played a match-winning knock. He retired after playing his last Test against India at P Sara Oval, 2015.

5. Jacques Kallis (SA, 62 Centuries) - Former South African captain Jacques Kallis is one of the greatest all-rounders who has played cricket. He was so close to breaking Sachin Tendulkar's 51 Test centuries record before he announced his retirement in 2014. He has scored 62 centuries (45 Tests, 17 ODIs) and scored 25534 runs in 519 matches.