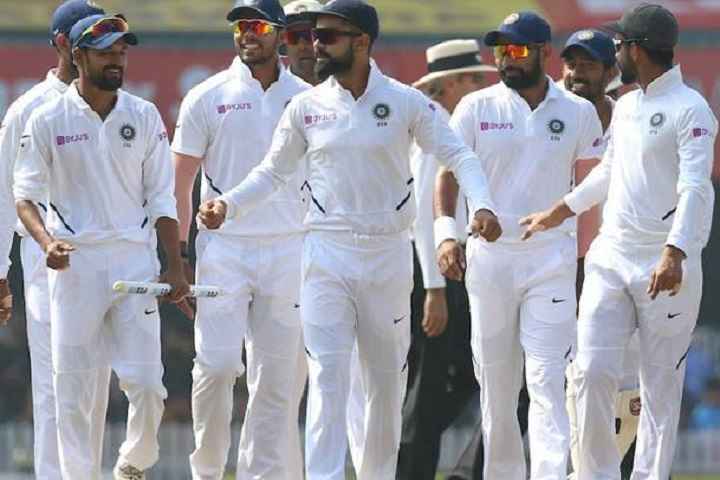 Mumbai, May 13, 2021: Indian cricket team under the leadership of Virat Kohli, is continuing to dominate the longest format of the game. In the latest annual ICC Test Rankings, announced on Thursday, India gained one point and finished on top spot with 121 points.

It is the fifth continuous year when India ends with the top spot. The latest rankings update rates all the Tests played since May 2020 at 100 percent while the Tests played over the course of the previous two years are rated at 50 percent.

India have registered their second successive Test series win in Australia, after beating the hosts 2-1 earlier this year, and then followed it up with a 3-1 win over England at home to consolidate their position at the top of the rankings.

Meanwhile, New Zealand, who will against India in the first-ever ICC World Test Championship Final next month in England, are on the second spot with 120 points to their name. England at number three with 109 rating points followed by Australia and Pakistan at number 4 and 5 with 108 and 94 points respectively.