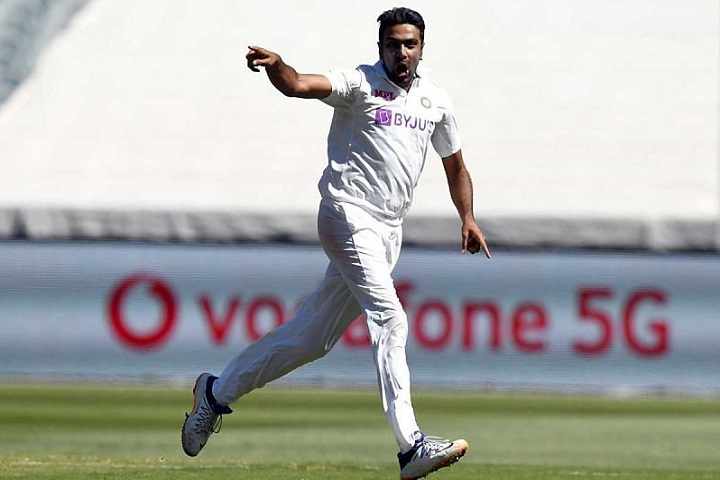 Ravichandran Ashwin put up an all-round show against England in the 4-match home Test series. He took 32 wickets in 4 matches in which, 24 wickets came in the month of February in 3 Tests. He also made a brilliant hundred in the second Test in Chennai and helped India to win the match by 317 runs. Ashwin overall scored 189 runs in all 4 matches and played a crucial role in helping India to win the series 3-1 and qualify for the final of the ICC World Test Championship.

The 34-year old was awarded the player of the series for his exceptional all-round show against England and also won him the ICC Player of The Month award.

Commenting on Ashwin's performance in February, Ian Bishop representing the ICC Voting Academy said, "Ashwin's consistent wicket-taking, even in helpful conditions have helped to put his team ahead in a very important series. His century in the second Test was as critical as it came when England were trying to claw their way back into the match. That knock ensured that India shut the door on the opposition".

On the other hand, England's opener, Tammy Beaumont awarded ICC Female Player of The Month for putting up a batting masterclass against New Zealand women. The right-hander scored 231 runs in 3 ODIs at an average of 131 against New Zealand in February. After a brilliant series with the bat, Beaumont also becomes the number one batswoman in ODIs.

Commenting on Beaumont's performance in February, Ian Bishop added, "Three half centuries of which two were in helping her team win the match was outstanding from Beaumont. Particular emphasis on the fact that two of the knocks were unbeaten innings, and coming inevitably, on two occasions whilst having lost her opening partner early on, she had to see things through for her team, which was incredible".

I had a madness of being ahead of Muralitharan one day: Ravichandran Ashwin

I was lucky to have the team's support in battling mental illness: Mohammed Sham...