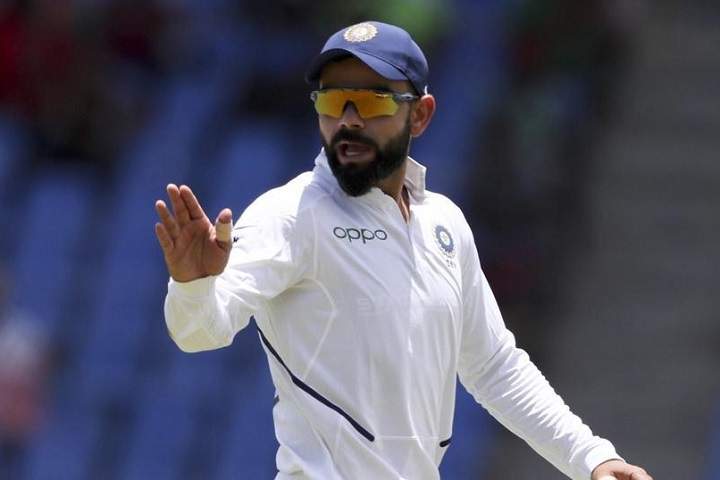 Virat Kohli adds another star to his already aligned hat as he becomes India's most successful captain in Test format. After beating West Indies in the second Test at Sabina Park, Kingston, Jamaica, he surpassed former captain MS Dhoni's record of 27 wins in 60 matches on 2 September 2019. To go past Dhoni, Kohli needed only 48 Test to set a new record.

"It's a by-product of the quality team we have here (becoming the most successful Indian captain). If we didn't have the bowlers we have, these results wouldn't have been possible. If you see these guys running in - Shami's spell today, Bumrah after having a small niggle, Ishant bowling his heart out, Jadeja bowling a long spell. Captaincy is just a C in front of your name. It's the collective effort that matters," Kohli said in the presentation ceremony.

Most Test wins for India captains:

It is India's 8th consecutive Test series win against West Indies. West Indies last beat India in 2002 under Carl Hooper when they won 5-match series by 2-1 in their home soil. Since then, West Indies has not won a single Test whereas lost 14 in this period against India.

India beat West Indies comprehensively by 2-0 to go on top of the ICC World Test Championship with 120 points. India whitewashed the Carrabian side on this tour. Having beaten them in T20Is and ODIs (3-0 & 2-0) earlier, India is now unbeaten post the World Cup heartbreak to New Zealand in the Semi-final.

Kajol shares BTS picture with Aamir Khan from the pre-shoot ...