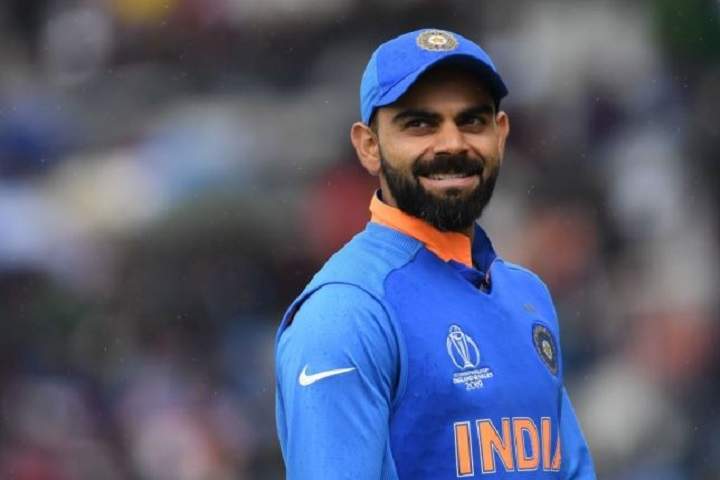 When Virat Kohli started his international career, he was young, immature, and was a loudmouth that his accomplishments were often overshadowed by his unnecessary aggression. However, after the ten years, the captain of the Indian team has become the face of Indian cricket. Now young cricketers look up to him as a role model.

Over the years, Virat Kohli has not only changed as a person but also has emerged as one of the greatest batsmen of all time especially in the one-day cricket, in which he is probably the in the world at the moment. He chases like no-one else and has mastered all three formats of cricket.

The number one ODI batsman, Virat Kohli deserves the platform where he stands today in international cricket and below famous lines about him proves that he is one of the greatest of all-time.

1. "I Love Watching Virat Kohli Bat. I Love His Aggression And Serious Passion That I Used To Have. He Reminds Me Of Myself"

2. "If I Have To Pick The Best Batsman In The World Cricket Right Now, Only Two Names Come To My Mind. One Is Ab De Villiers And Other Virat Kohli"

3. "To Become A Good Player, You Need Talent. To Became A Great Player You Need An Attitude Like Kohli"

4. "Virat is one of the world’s greatest batsmen, combining an unmatched ability to dispatch the ball with pin-point accuracy with exceptional running between the wickets"

5. "Virat Kohli is the best shorter version batsman that I have ever seen. He’s been an absolute genius"

7. "Virat Is A Rare Talent. I Was Fortunate To Be Part Of That Process Of Seeing Him Grow And That Gives Me Immense Pleasure"

8. "The Kind Of Form He Is In, He (Virat Kohli) Picked This Ball Yesterday Afternoon"

9. "There Is No Shame In Being Beaten By A Genius. Virat Kohli Is A Freak"

10. "The Sandstorm From Sachin (Tendulkar) At Sharjah And The Hailstorm From Kohli In Mohali Should Be Written In The Same Paragraph"

11. "He (Virat Kohli) Score Runs In His Sleep. He Can Even Score Runs If He Forgot To Carry His Bat"

12. "When I Picked Virat Kohli For The RCB U-19 Team, I Didn't Realize I Was Picking The Best Batsman In The World"

13. "This Guy (Virat Kohli) Is Abusing The Form He Is In. The Kookaburra Can't Take Any More Punishment"

14. "He Is Just An Unbelievable Batman. No Need To Say More"

15. "Virat Kohli's Success Does Not Surprise You, His Failures Do"

Virat Kohli has been the hope of billions of people countless times and seldom has he disappointed. like so many great people before him, like the Little Master himself, there will be rare occasions when he won't perform. We have a champion in him. Even a leader. A man ready to fight for his country. As long as Kohli is at the crease, India can breathe easy.