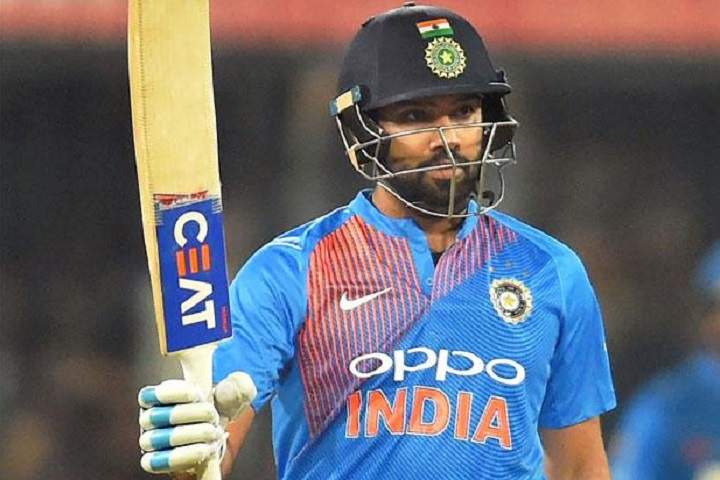 Rohit Sharma, one of the best batsmen in the limited-overs format at present is leading the chart of most centuries in T20Is with 4 hundred. A total of 43 players have struck 56 hundred so far.

Here is the list of players with most centuries in T20Is:

1. Rohit Sharma (4 Centuries) - The stylish right-hander is now leading the chart after he scored an unbeaten 111 against West Indies on Tuesday, November 6, and helped India to win 7th consecutive T20 series win. His highest score of 117 off just 43 balls came against Sri Lanka at Indore in 2017.

2. Colin Munro/Glenn Maxwell (3 Centuries each) - New Zeland's Colin Munro and Australia's Glenn Maxwell have scored 3 centuries each. Munro third and last hundred came against West Indies in January 2018 when he slammed 104 off 53 balls. His highest score came against India at Rajkot in 2017 where he hammered India's bowlers and remained unbeaten on 109 off 58 balls. On the other hand, Maxwell's third hundred helped Australia to chase 190 against India earlier this year when he took India apart and hammered an unbeaten 113 off 55 balls.

3. Kl Rahul/C Gayle/A Finch/B McCullum/M Guptil/E Lewis (2 Centuries each) - Six batsmen have scored 2 centuries each in T20Is. Australia's Aaron Finch has the highest score by any player. He scored 172 off 76 balls against Zimbabwe in 2018 at Harare Sports Club, Harare while Chris Gayle was the first player to score a century in T20Is when he scored 117 off 57 balls against South Africa in T20 World Cup 2007 in Wanderers Stadium, Johannesburg.

34 batsmen have scored a century each including India's Suresh Raina who was the first Indian batsman to score a century in T20Is which came against South Africa in World T20 2010 IN Beausejour Stadium, Gros Islet. Richie Berrington (Scotland) Was the first associate nation batsman to reach the three-figure mark. He scored 100 off 58 balls against Bangladesh in Sportpark Westvliet, Voorburg, 2012.

Top 10 Batsmen With Most Runs In T20s

Top 5 Batsmen With Most Sixes In International Matches

'We used to talk that we should have Raina in the team', Rohit Sharma told Sures...