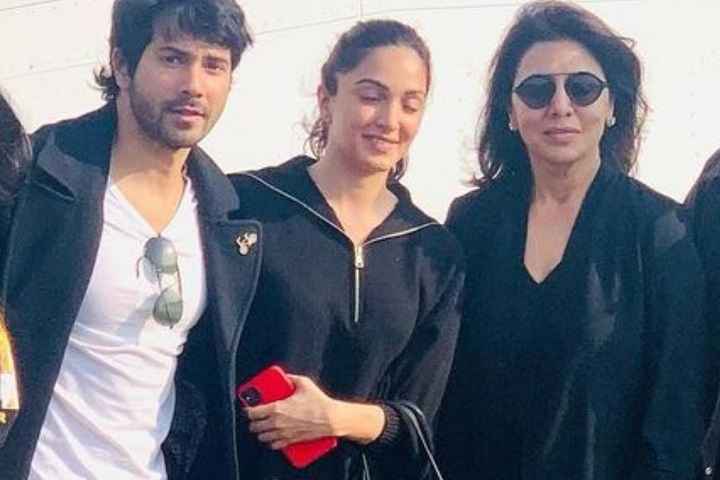 Filmmaker Raj Mehta on Saturday announced that the shooting of his upcoming romantic comedy film 'Jug Jugg Jeeyo' has resumed after the leading cast members Varun Dhawan and Neetu Kapoor, along with director Mehta, recovered from the covid-19.

"It's okay to ask for a time out. It's okay to keep your head down and lay low. But then dust yourself off, get back in the ring and fight like you've never fought before. This was always meant to be a different experience. But WE'RE BACK!! #raringtogo #gratitude", Mehta wrote on Instagram.

Varun Dhawan and Kiara Advani also posted their pictures and announced their return on the set of Jug Jugg Jiyo after recovering.

Earlier, Varun Dhawan has tested negative for COVID-19. According to a source close to the film, both Dhawan and Mehta had recovered and were about to resume the shoot from December 19 (today) in Chandigarh.

Neetu Kapoor, who flew back to Mumbai after her actor-son Ranbir Kapoor made necessary arrangements, tested negative for the virus on December 11, announced her daughter Riddhima Kapoor.

Neetu Kapoor Remembers Rishi Kapoor as She Takes off For Jug Jug Jiyo Shoot With...

Heres how Varun will celebrate once COVID19 pandemic ends