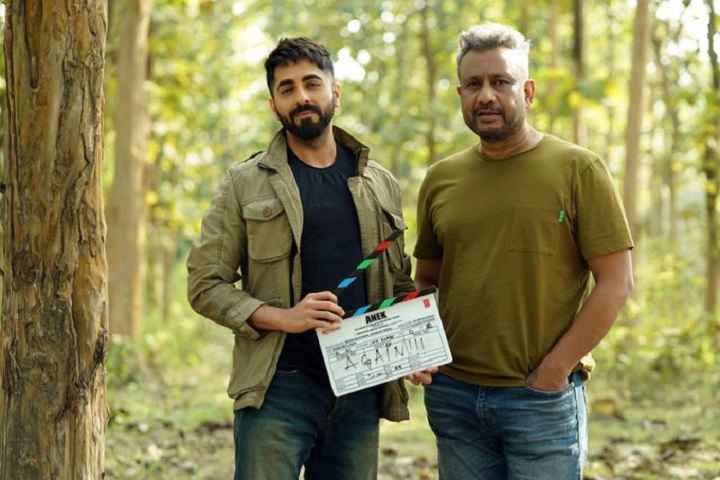 After finalizing the release date of "Chandigarh Kare Aashiqui", one more film of Ayushmann Khurrana locked the release date. Directed by Anubhav Sinha, Anek is all set to release in theaters on September 17, 2021.

The shooting of the film is currently underway in Assam. Recently, 40 to 50 people from neighboring villages flock to the set to meet Ayushmann and wish him well for his film.

While the details of the film kept under wrap, Anek is said to be a thriller movie that is produced by Bhushan Kumar's T-Series, and Anubhav Sinha's Benaras Mediaworks.

Ayushmann Khurrana To Star In Anubhav Sinhas Next Directorial

Ayushmann Khurrana Overwhelmed To Receive Love From People In Northeast

Shubh Mangal Zyada Saavdhan Trailer Review This One Is A Winner