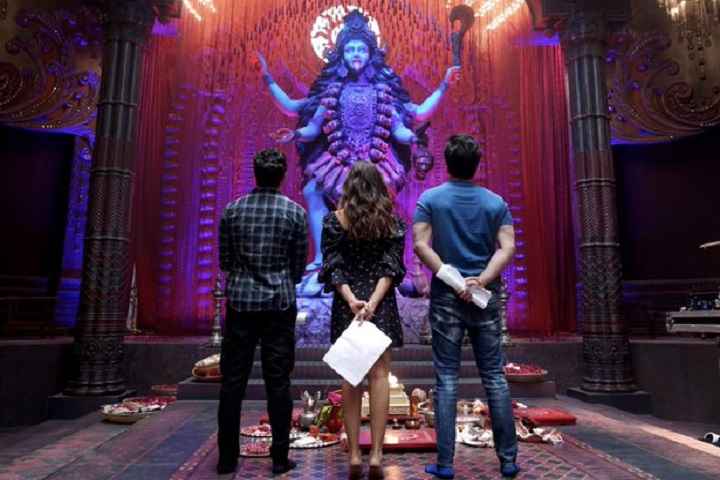 It has been quite a long time since Karan Johar announced the multi-starrer action fantasy film, Brahmastra. But now, it looks like the wait is going to end soon as the team of Brahmastra is on the verge of wrapping up the shoot soon.

Alia Bhatt who is playing the female lead in the film, shares pictures of her with Ranbir Kapoor and Ayan Mukerji from the sets of Brahmastra. Calling the journey a blessing, the actress is all smiling in one of the pictures.

Brahmāstra is the first film in a planned trilogy which is being directed by Ayan Mukerji. The film stars Amitabh Bachchan, Ranbir Kapoor, Alia Bhatt, Nagarjuna Akkineni, and Mouni Roy in pivotal roles.

Have Alia and Ranbir moved in together Video triggers rumours

Director R Balki puts his thoughts on nepotism in Bollywood