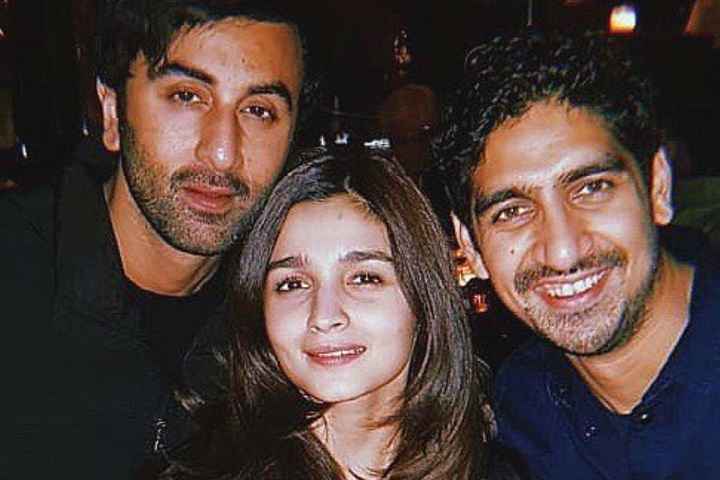 While many film productions have commenced shooting schedules, the multi-starrer movie "Brahmastra" becomes the latest to join the process.

Brahmastra duo Ranbir Kapoor and Alia Bhatt had already begun dubbing for this Ayan Mukerji directorial. The actors, along with Nagarjuna and Mouni Roy, returned to the sets in Mumbai on Monday, November 3.

According to a news daily, director Ayan Mukerji has decided to shoot songs next year. Two songs will be shot in the month of January next year. Apart from the leading star cast, Shah Rukh Khan has a cameo in the film who plays the role of a scientist.

Amitabh Bachchan plays Ranbir Kapoor's mentor as the latter has the power to emit fire from his hand. Alia Bhatt plays his love interest. While Mouni Roy is an antagonist, Nagarjuna will play an archaeologist.

With cinemas are yet to open completely, the release date of the movie will be locked once theaters reopened across the country and worldwide.

Have Alia and Ranbir moved in together Video triggers rumours

Director R Balki puts his thoughts on nepotism in Bollywood

Related to: Movie: India's Most Wanted

One of the most awaited movies of this year, Sanju is going to release tomorrow.

This film is based on real life of actor Sanjay Dutt.

It is directed by Rajkumar Hirani who is one of the best directors India have.

This is the widest release of Ranbir Kapoor and director Rajkumar Hirani.

Let's see how the audience is going to react.

For more and latest news about movie Sanju, stay tuned to us.

Song Badhiya from movie Sanju released on Sunday 3rd June 2018.
This is the first song from the movie.

Watch the song below.

About This Song:
At the start of Sanju’s career, his father Sunil Dutt doubts on his lip-syncing abilities. In order to prove his father wrong, Sanju "sings".

In this song, Sanju lip-syncing convincingly to a women’s voice. Set in the 1980’s, the song also features the quirky romance between Sanju & his girlfriend (played by Sonam Kapoor).

Enjoy with them on this nostalgic trip as they lip-sync and dance around the romantic streets of Bombay.


For more and latest news about Bollywood Song, Stay tuned to us.