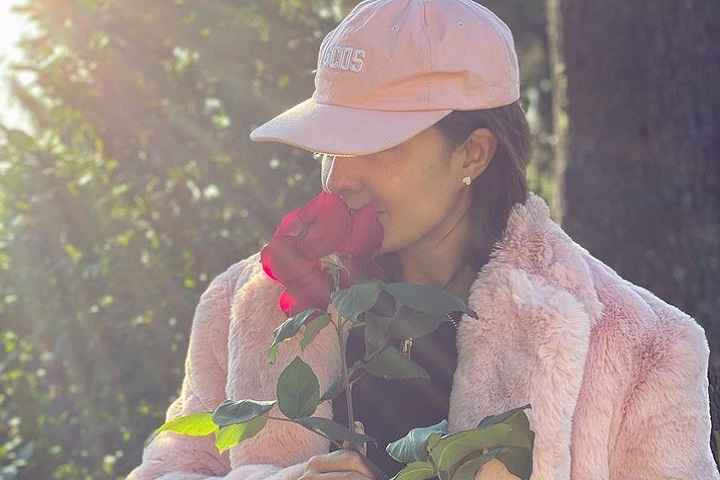 Actress Jacqueline Fernandez has wrapped up the shooting schedule of her upcoming horror comedy, Bhoot Police, in Dharamshala, and is having a tough time moving one.

The actress was shooting for the project with Saif Ali Khan, Arjun Kapoor, and Yami Gautam, and hopes to unite with the team soon. "Schedule wrap #Dharamshala #bhootpolice what a crazy ride that was!!!! Im missing the team already," she wrote on Twitter along with an image of herself from the picturesque hill town.

In the image, she is seen basking in the sun shine in a garden, as she smells a red rose. She is seen wearing warm and cosy winter wear to keep her warm.

Bhoot Police is a horror-comedy, directed by Pawan Kripalani, who has helmed thrillers like "Phobia" and "Ragini MMS" in the past. The film has been largely shot across Dharamsala, Dalhousie, and Palampur. The film is produced by Ramesh Taurani and Akshai Puri.

Jacqueline has a busy line up ahead. She will soon start shooting for Rohit Shetty's "Cirkus", co-starring Ranveer Singh. She also has "Kick 2" coming up, opposite Salman Khan.

Big Announcement Ranveer Singh To Team Up With Rohit Shetty For A Comedy Film Ti...