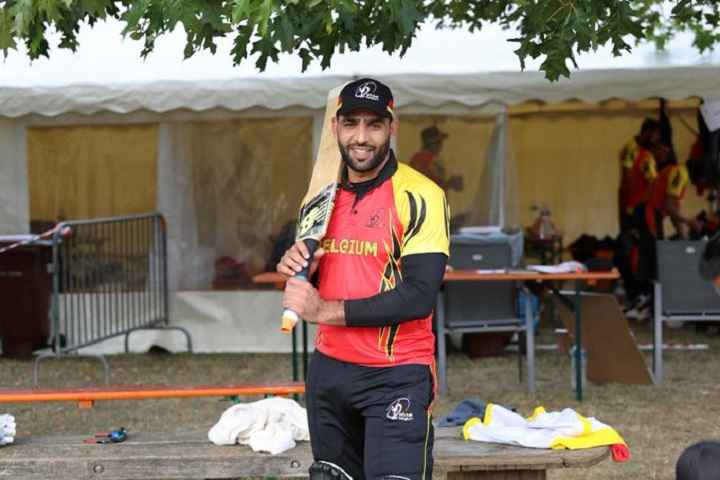 T20 cricket is a funny game, while teams like England and Pakistan couldn't complete the match in a day, a team like Belgium played two complete T20I matches on the same day.

Moving on, it was a memorable day for Belgium's captain Shaheryar Butt who made it own by achieving a rare double.

Shaheryar Butt becomes the first-ever man cricketer to score a fifty and a hundred on the same day in the history of T20I cricket.

On August 29 (Saturday), in a match against Luxembourg, Butt scored unbeaten 81 off 45 balls, and later on, in the day, he hammered 125* off 50 balls against the Czech Republic.

All in a day's play!

On Saturday, Belgium captain Shaheryar Butt became the first man to hit a fifty and a 💯 on the same day in T20Is 🇧🇪 🏏

He now averages 132 in the format 🤯 pic.twitter.com/8lPcSwOHxN

Previously, Afghanistan's Mohammed Shahzad had made two fifties on the same day in two T20I matches and was the first man to achieve this feat.

Kuldeep, Rahul dismantles England to go 1-0 up in the series

India's stylish left-hander batsman Suresh Raina became 3rd Indian to reach 1500 runs in T20I. He touched this feat in the 1st match against Ireland in Dublin when he was on 2.

Raina has scored 1508 runs in 74 matches he played with 4 half-centuries and a century so far. He was the first Indian to score a century in T20I (101 vs South Africa).

Raina was also the first Indian to score a century in all three formats (Test, ODI, T20).

Indian skipper Virat Kohli became the fastest batsman to complete 2000 T20I runs. He reached this milestone when he was on 8 in the 1st T20I against England on Tuesday, July 3.

Virat Kohli has scored 18 half centuries so far in T20I and has a strike rate of 136.31. He is now just 27 runs short from 3rd placed Shoaib Malik.

Rohit Sharma becomes third Indian after Virat Kohli and Mithali Raj and overall fifth to reach 2000 Twenty20 International runs. He touches this feat in the 3rd match against England on Sunday, July 8 at Bristol.

Rohit Sharma helped his side to win the third match and the series (2-1) with sizzling 100* off 56 balls. He was awarded Man Of The Match and also Man Of The Series for scoring 137 runs in 3 matches.

He also equals the record for most number of centuries in T20I with New Zealand's Colin Munro who has also scored 3 centuries. India's KL Rahul has scored 2 hundreds in this format.

Thanks for the reading