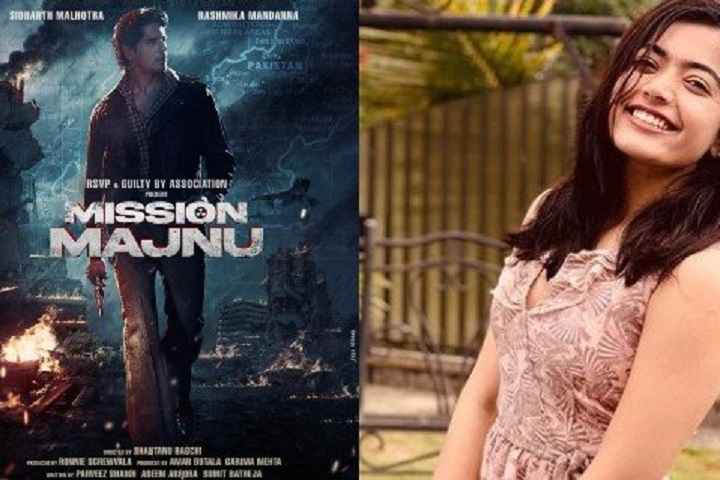 Sidharth Malhotra and Rashmika Mandanna starrer upcoming Bollywood movie, Mission Majnu goes on floors today (February 6) in Lucknow. The espionage thriller based on real events in the 1970s is directed by Shantanu Bagchi.

Sidharth Malhotra, who is playing a RAW agent in this movie, will begin shooting on February 12. On the other hand, Mission Majnu is the debut film for the Southern beauty, Rashmika Mandanna.

According to reports, it will be a 45-day long schedule which will be shot at the Jahangirabad Palace in Hazratganj, La Martiniere, on the city roads and also in Malihabad.

The movie is being produced by Ronnie Screwvala, Amar Butala, and Garima Mehta under their respective production banners of RSVP and Guilty By Association.

Sidharth Malhotra And Rashmika Mandanna In Her Bollywood Debut To Star In Espion...

Sidharth Malhotra Look out for mental health in these times

Sidharth Malhotra To Do His Next Film Based On True Events