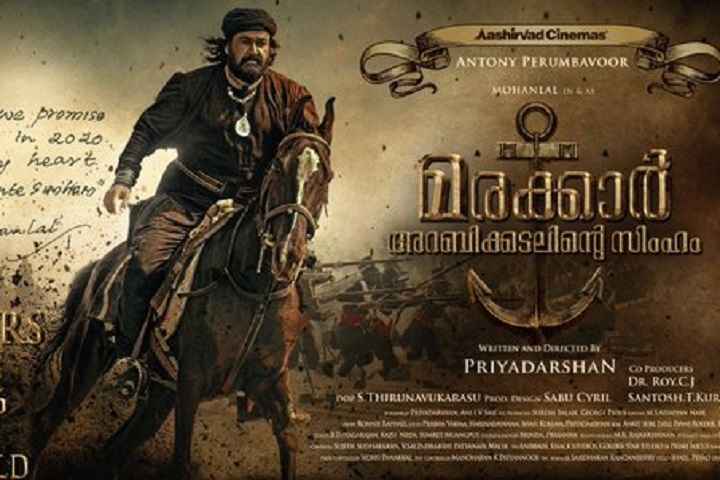 The long-awaited movie, Marakkar: Arabikadalinte Simham, also known as Marakkar: Lion of the Arabian Sea, starring superstar Mohanlal is finally going to release in theaters. The Malayalam movie that was supposed to release on March 26 last year, will now be releasing worldwide on 12 August 2021 during Independence Day Weekend. ##

Written and directed by the renowned filmmaker, Priyadarshan, Marakkar is a historical epic war film set in the 16th century. It depicts the battle exploits of Kunjali Marakkar IV — the naval admiral of the Samoothiri who organized the first-ever naval defense of the Indian coast by defending Portuguese invasion at the Malabar Coast for almost a century.

The movie is produced by Antony Perumbavoor of Aashirvad Cinemas in association with Moonshot Entertainments and Confident Group as co-producers. It is the most expensive Malayalam movie ever made with a budget of nearly INR 100 Crores.

Apart from Malayalam, the movie will also release in the dubbed version of Hindi, Tamil, Kannada, and Telugu languages and expected to release around 5000 theaters across languages.