KGF Chapter 2 Teaser Will Be Unveiled On January 8, New Poster Out 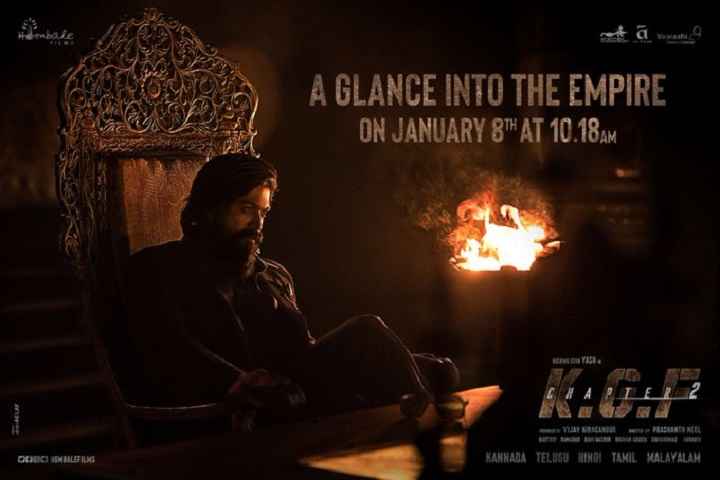 It has been a long wait for the K.G.F. fans. After the homogenous success of KGF: Chapter 1, the fans are eager to know what will happen in Chapter 2 which kept getting delayed because of the covid-19 pandemic.

Now, as the climax of the movie has been completed, the makers have decided to release the highly awaited teaser on Yash's birthday on January 8, 2021, which is captioned as, "a glance into the empire". Makers have also unveiled the new poster of KGF 2 featuring Yash.

K.G.F: Chapter 2 is a period action film directed by Prashanth Neel. Yash in the lead will be reprising his role as Raja Krishanappa bariya a.k.a. Rocky Bhai. Bollywood superstar, Sanjay Dutt plays Adheera as the antagonist in Chapter 2.

Apart from releasing in Kannada, the movie will be released in dubbed versions of Hindi, Malayalam, Tamil, and Telugu languages.