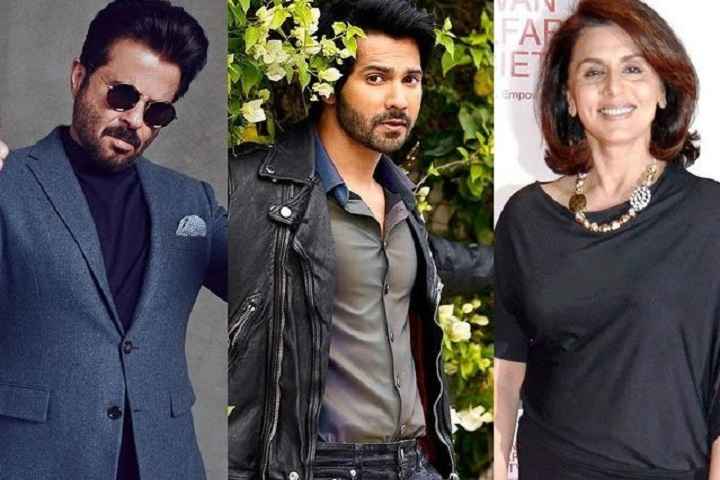 Varun Dhawan, Kiara Advani, Anil Kapoor, and Neetu Kapoor starrer, Jug Jug Jiyo, that recently commenced shooting in Chandigarh has been put on hold after some of the team members test positive for coronavirus.

It was later confirmed that out of the four names from the cast of Jug Jugg Jeeyo, it is only Anil Kapoor who tests negative whereas, Varun, Neetu, and Raj Mehta test positive for covid-19.

The cast and crew of romantic-comedy Jugg Jugg Jeeyo flew to Chandigarh last month for a month-long schedule and then were supposed to return to Mumbai.

In the movie, Anil Kapoor and Neetu Kapoor play Varun's parents while on the other hand, popular Youtuber MostlySane aka Prajakta Koli makes her Bollywood debut with this film.

Jug Jugg Jeeyo is being produced by Karan Johar under Dharma Productions. The film is set for 2021 release.

Neetu Kapoor Remembers Rishi Kapoor as She Takes off For Jug Jug Jiyo Shoot With...

Heres how Varun will celebrate once COVID19 pandemic ends