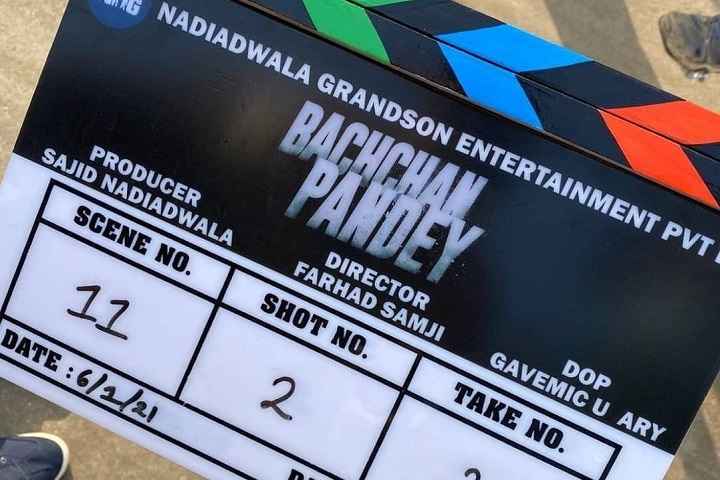 Starring Akshay Kumar, Kriti Sanon, Jacqueline Fernandez, and Arshad Warsi in the lead along with Pankaj Tripathi in a supporting role, the Bachchan Pandey team will continue shooting in the different locations of Jaisalmer till March 2021.

Producer Sajid Nadiadwala's sons, Subhan and Sufyan give clap for the first shot of Bachchan Pandey on an opening day.

Team Bachchan Pandey arrived in Jaisalmer on Saturday evening, well in time to prep for the shoot. The movie was initially scheduled for a Christmas 2020 release, however, it had to be postponed due to the lockdown.

Directed by Farhad Samji, and action-comedy will see Akshay play the titular role of a gangster, who aspires to be an actor. Kriti, on the other hand, will play a journalist, who wishes to be a director.

Arshad Warsi will be playing Akshay's friend while Jacqueline's character is currently being kept under wraps.

Jacqueline Fernandez Is Looking Forward To Reuniting With Akshay Kumar And Salma...