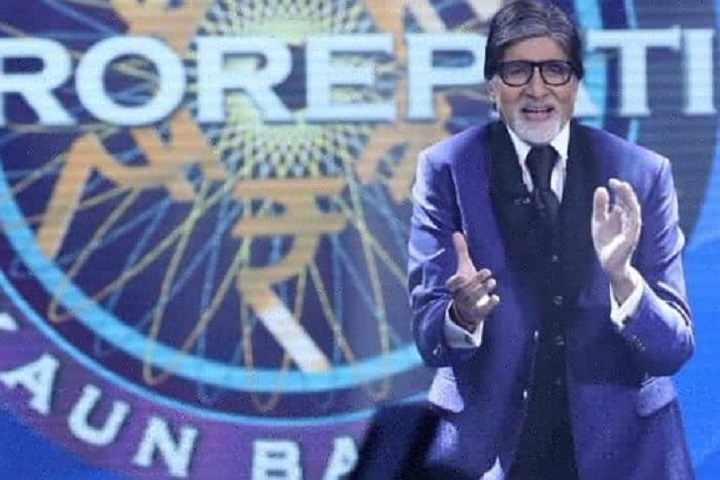 Legendary actor, Amitabh Bachchan has been fully recovered from the COVID-19 and back to work in full swing.

The actor has currently been shooting for the 12th season of the Indian reality money game show Kaun Banega Crorepati. While the show is yet to be aired, Big B has been sharing pictures to give us some glimpses of his work.

See the latest pictures from the sets of KBC 12 -

On September 7, the Big B posted these pictures -

KBC 12 is Amitabh Bachchan's 11th season as host of this show which started in 2000-01. Apart from the 3rd season which was hosted by Shah Rukh Khan, Big B has been the first choice as host of the show.

KBC season 12 registrations to start from May 9

When Ramayan cast was approached for sensuous shoots

This time also, Salman Khan is hosting this show.

This show is coming after 9 years on Sony TV.

Retweet if you are going to watch it.

First round:
In the first round, two contestants compete against each other in a best three-out-of-five format in which they are asked a 'Poll Question' and asked to provide a whole percentage number that most closely approximates the exact survey poll answer for the question. The contestant whose answers are closest to the poll results for 3 out of 5 national survey questions wins the 'First-Round'. The contestant who loses is then eliminated from the game.

Second round:
The contestant who wins the first round plays the game to win up to Rs. 100,000,000/- by trying to correctly approximate the survey's results within a narrowing percentage range for up to four poll questions. In this round, the contestant was given similar questions and placed a range on a scale from 0% to 100% that included the correct answer. The size of the range decreased as the money values increased:

For more and latest news about TV, stay tuned to us.


102 Not Out Will Release in China

This movie stars Amitabh Bachchan and Rishi Kapoor in lead roles and directed by Umesh Shukla.

Here is the 102 Not Out poster for the Chinese audience with the name 'Dad Is 102 Years Old'.


Thugs Of Hindostan Will Release In China

Related to: Movie: Thugs Of Hindostan

Bollywood big movie Thugs Of Hindostan is going to release in China on 28th December 2018.

For China, this movie has been heavily edited and 26 mint shorter than the Indian version.

Hoping that these edits will make things good and Chinese audience love this movie.

This film is directed and written by Vijay Krishna Acharya and produced by Aditya Chopra under the banner of Yash Raj Films.


Here is the TOH poster for the Chinese audience with the name 'Indian Thugs'.