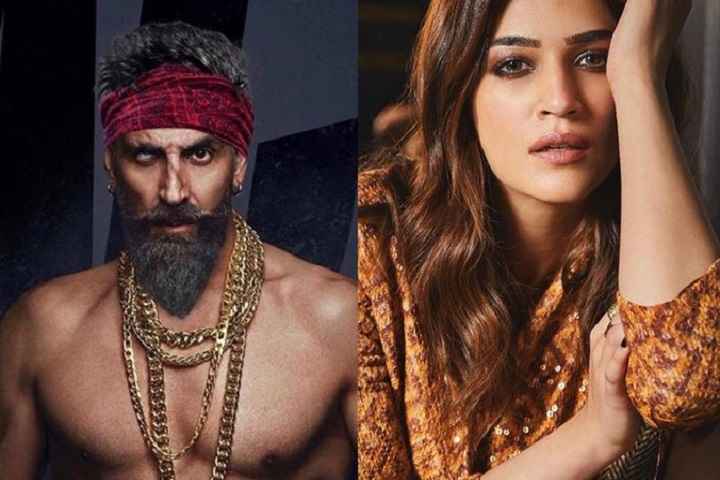 Recently, superstar, Akshay Kumar confirmed that he will be reuniting with Kriti Sanon for their upcoming film 'Bachchan Pandey' helmed by filmmaker Farhad Samji.

Now it has been confirmed that the action-comedy will kickstart shooting in January 2021 after getting delayed due to the ongoing COVID-19 pandemic.

Produced by Sajid Nadiadwala, the shooting of the movie will continue till March 2021 in the different locations of Jaisalmer, Rajasthan. Apart from Kriti, one more actress will be singed soon to play a key role. The movie also marks the 10th collaboration of Akshay Kumar with the producer Sajid Nadiadwala.

AKSHAY KUMAR - KRITI SANON... #AkshayKumar and #KritiSanon to kickstart shoot for action-comedy #BachchanPandey in #Jaisalmer in Jan 2021... Shoot will continue till March 2021... One more actress will be signed soon... Directed by #FarhadSamji... Produced by #SajidNadiadwala. pic.twitter.com/R7NO5xogPV

Going by the reports, Akshay Kumar will play the role of a gangster in the film while actress Kriti Sanon will be seen as a journalist.

On the other hand, Akshay is currently busy shooting for his historical action drama film, Prithviraj which also marks the Bollywood debut of Manushi Chhillar.

Here are all the posters of upcoming Hindi movie Sooryavanshi which will release on 30th July 2020 on the occasion of Eid.

This movie stars Akshay Kumar in the lead role and leading lady yet to be finalized.

Sooryavanshi shooting will commence from May 2019.

A bullet for a bullet! Get ready for #RohitShetty’s #Sooryavanshi 🔥 on Eid 2020.

Tag Line for Sooryavanshi: A Bullet For A Bullet.

Here are all the posters of upcoming Hindi movie Kesari which is releasing on 21st March 2019.

This film is directed by Anurag Singh and produced by Karan Johar, Isha Ambani, Twinkle Khanna under the banner of Dharma Productions, Cape of Good Films, Reliance Entertainment.

It tells the story of Havildar Ishar Singh who participates in the Battle of Saragarhi (in which an army of 21 Sikhs fought against 10,000 Afghans in 1897) while yearning for the respect of his estranged daughter.

On #SaragarhiDay, here’s the first look of #KESARI

Get ready for #Kesari !!

#AkshayKumar shooting pic with children [playing Afghani kids in the film ] from the set of #Kesari pic.twitter.com/vbmBAaPrrL

It’s a wrap for #Kesari


It’s a wrap for #Kesari

the last schedule was in Jaipur!!!

Here is All the poster of upcoming Hindi movie Luka Chuppi which will release on 1st March 2019.

Have a Look at these amazing posters.


More posters will be added.

It will be directed by Laxman Utekar and produced by Dinesh Vijan under the banner of Maddock Films.