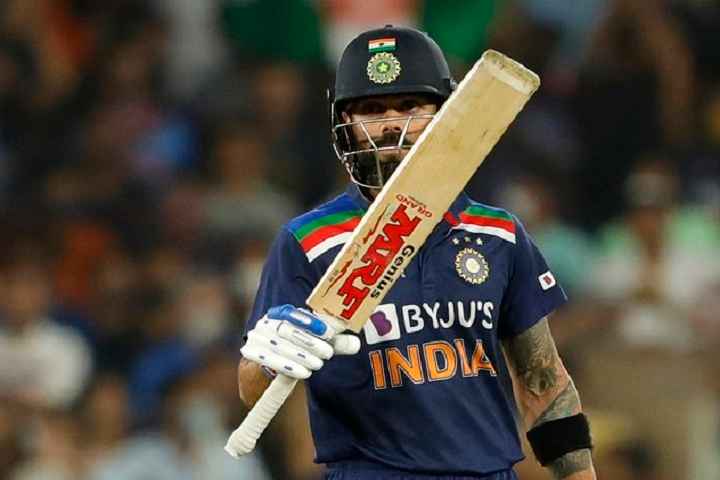 Mumbai, September 16, 2021: Indian cricket team captain Virat Kohli announced that he will step down as T20I captain after the forthcoming T20 World Cup 2021 in UAE. It was recently reported in TOI that Virat is considering giving up the captaincy of the limited-overs cricket. Virat, however, will continue to remain captain in ODIs and Tests.

"I have been fortunate enough to not only represent India but also lead the Indian Cricket Team to my utmost capability. I thank everyone who has supported me in my journey as the Captain of the Indian Cricket Team. I couldn't have done it without them - the boys, the support staff, the selection committee, my coaches, and each and every Indian who prayed for us to win", Virat said in a statement shared on Twitter.

Kohli further said that it is the heavy workload that made him take this decision. While taking this tough call, Virat states that he discussed with vice-caption Rohit Sharma and coach Ravi Shastri on length. "I have given everything to the Team during my time as T20 Captain and I will continue to do so for the T20 Team as a batsman moving forward", he continued.

"Of course, arriving at this decision took a lot of time. After a lot of contemplation and discussions with my close people, Ravi Bhai and also Rohit, who has been an essential part of the leadership group, I've decided to step down as the T20 Captain after this T20 World Cup in Dubai in October", he added.

"I have also spoken to the secretary Mr. Jay Shah and the President of BCCI Mr. Sourav Ganguly along with all the selectors about the same. I will continue to serve Indian Cricket and the Indian Team to the best of my ability", Virat concluded.

Virat Kohli has had tremendous success in T20Is. Under his leadership, India won series in SENA countries (South Africa, England, New Zealand, Australia) as well as in Sri Lanka and West Indies. The forthcoming T20I World Cup, which is starting in UAE next month, will be Kohli's first and last major T20I tournament, and it will be the cherry on the cake if he manages to win the cup.