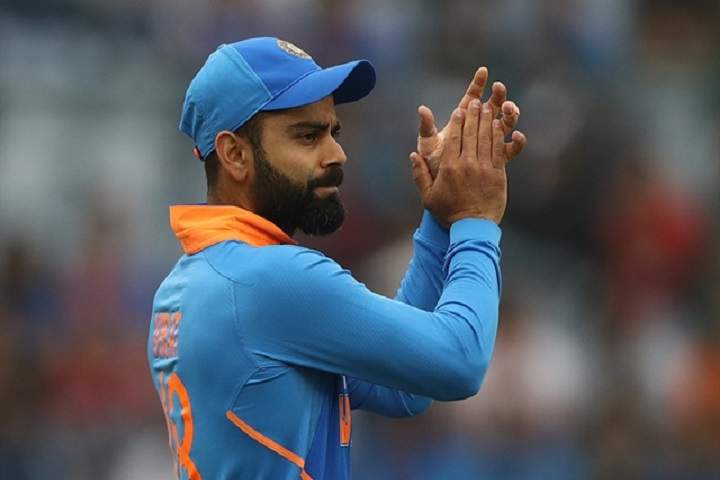 Former India captain and currently the coach of India A and U-19 team, Rahul Dravid heap praised senior team India captain Virat Kohli for taking his game to another level. Dravid credited Kohli for setting the bar to levels so high that were previously thought impossible.

Keep in mind, Virat Kohli is the fastest batsman to reach 10,000 runs in ODI cricket and also have 41 centuries. He is now just 8 centuries short from all-time leading century getter Sachin Tendulkar and hence, Dravid cited the rapid rate at which Kohli has been shattering records in the ODI format.

"Virat just keeps improving, keeps getting better. He is setting bars and standards that possibly we thought would never be achieved," he said. "Sachin scored 49-50 [49] hundreds in one-day cricket. People thought that this would take a lot of time to achieve, will it be ever achieved? And now Virat is 10 [eight] away from it or close to it.

The India A and U-19 coach also praised Kohli for coming out as a better player every time from the bad patches which have been the hallmark of Kohli's career so far.

"One of the things about Virat is that even if he has a bad tour - it is not that he hasn't had bad tours, he had a disappointing tour of England in 2014, he wasn't as successful in Australia the first time around, but every time he goes back, he goes back as a better player. He sort of reinvents his game to a point where he is constantly improving."

Virat Kohli is currently the number one batsman in both ODI and Test in ICC's ranking. He will lead India in the upcoming ICC World Cup in England and Wales which will start from May 30 with the fixture of the host England and South Africa.