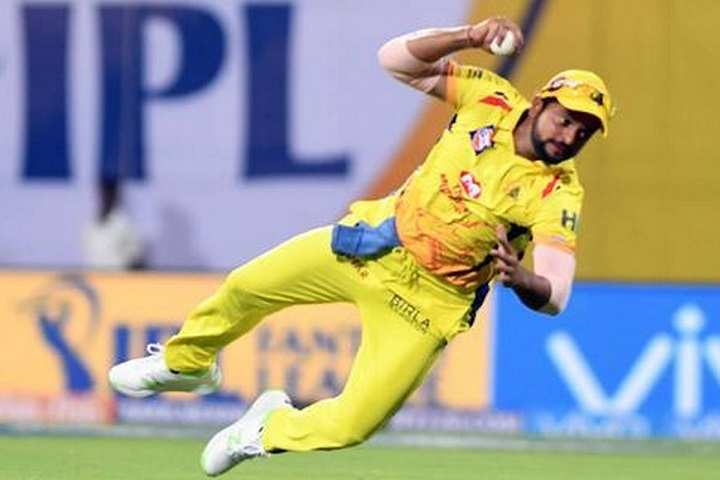 Fielding used to be one of the most underrated things in world cricket. But ever since T20 cricket has introduced, the fielding standards have gone to a different level all-together. Nowadays, the fitness level of the players has no match and the fielders are capable of pulling the superman efforts in the fields.

There is a phrase 'catches win matches' which is perhaps more relevant these days than ever before. Fielders are always on their toes and do not hesitate to make acrobatic efforts to convert half-chances into full. The Indian Premier League is being one of the best T20 tournaments in the world has only raised the standard of the fielding where we have seen some stupendous fielding and catching efforts over the years.

Here, we are bringing you the top five fielders with the most number of catches in the history of the IPL. let's have a look (list does not include wicket-keepers) -

1. Suresh Raina (102 catches) - The key player for Chennai Super Kings in the IPL, Suresh Raina is one of the best fielders India has ever produced and helmed amongst the best in the world. Perfectly suited for the shortest format, Raina is getting better with age. Leaving the spectators in owe with his stupendous skills in the field, he has taken some of the great catches for his franchise Chennai Super Kings and Gujarat Lions over the years. With 102 catches in 193 matches, Raina has taken the highest number of catches and sitting comfortably at the number one position. Known as Mr. IPL for his all-round ability, the 33-year old is the second on the list of players with most runs in the IPL with 5368 runs.

2. AB de Villiers (84 catches) - AB de Villiers over the years has proved that he is not only a great batsman but also a fielder who has changed the course of the game with his superhuman efforts in the fields. He is one of the few players whose fitness is next level. With 84 catches in 154 matches for Delhi Daredevils and Royal Challengers Bangalore, the South African is at number 2 among the top fielders in the IPL. He is one player the current generation looks up to him as an idol. AB with his incredible fielding and catching has shown the world how important fielding is in cricket.

3. Rohit Sharma (83 catches) - Not termed as one of the best fielders in the world, but one can trust his safe pair of hands when he is on the field. A very elegant batsman and pleasing to watch, Rohit Sharma has shone many times that he too can grab catches out of nowhere. With 83 catches in 188 outings Deccan Chargers and Mumbai Indians, the Mumbai Indians' captain is in top three among the highest catch takers in the tournament history. Often termed 'lazy' while batting, Rohit is improving catching skills and getting better in the field with each passing day. Talking about his captaincy, he is the most successful captain in the IPL with 4 titles to his name for Mumbai Indians. He is also one of the most successful batsmen and is on number among the leading run-getters.

4. Kieron Pollard (82 catches) - A typical current West Indian player who believes in hitting the ball long at the same time remain on top when it comes to fielding. Kieron Pollard might have had off days with bat and ball but when he is on the field, he hardly had disappointed his team. From stopping the unstoppable to pulling off one-handed screamers at the boundary rope, Pollard has been one of the most impressive catchers in the history of the IPL. The 6 feet 4 inches tall has taken 82 catches in 148 matches for Mumbai Indians. With his power-hitting and part-time bowling skills with an incredible athleticism in the field, Pollard has been a vital player for Mumbai Indians over the years. It will be very hard to replicate some of his catches even for the best amongst the best.

5. Dwayne Bravo (74 catches) - One of MS Dhoni's trusted players in the IPL, Dwayne Bravo has never left a chance to entertain the fans with his smirky dance moves along with taking some of the breathtaking catches at the boundary line. Very much similar to Pollard, Bravo has made some of the most difficult catches look effortlessly easy. With 74 catches in 134 matches, the 36-year old Trinidadian is on the fifth place among the players with most catches in the IPL. A very effective batsman lower down the order and one of the leading wicket-takers in the T20 cricket, Bravo has been a valuable asset for every team he has played.

Top 5 Bowler With Most Wickets In IPL

Top 10 Batsmen With Most Runs In T20s