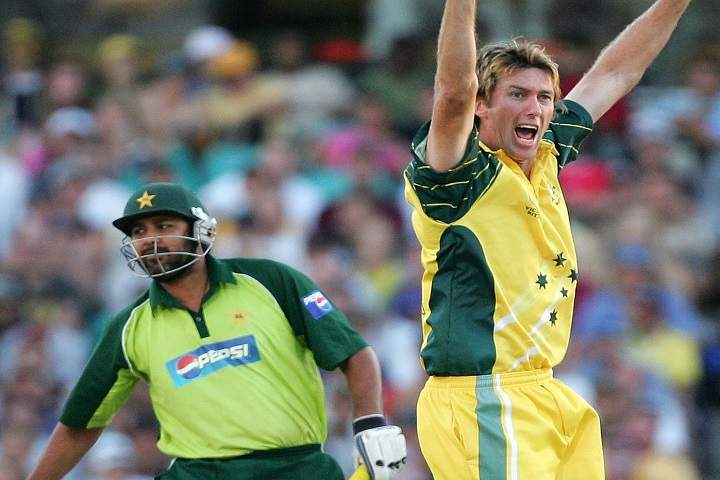 Sri Lanka's Lasith Malinga becomes the 5th highest wicket-taker in ODI World Cup history after he produced a match-winning spell of 3 for 39 against Afghanistan on Tuesday (June 4) at Sophia Gardens, Cardiff. His brilliant spell of fast bowling along with Nuwan Pradeep helped Sri Lanka to beat Afghanistan by 34-runs in a low scoring encounter. Malinga now has 46 wickets in 24 matches.

1. Glenn McGrath (AUS) - The leading wicket-taker among the pacers in combined Tests and ODIs with the tally of 949 wickets, Glenn McGrath has been one of the greatest fast bowlers cricket has ever seen. The former Australian pacer has equally been successful in the World Cup as well where he has taken 71 wickets in 39 matches and has been the part of the Australian side in 4 World Cup. McGrath has grabbed those wickets with an average of 18.19 and economy rate of 3.96 which is remarkable. Australia have won 3 out 4 World Cup McGrath has played.

3. Lasith Malinga (SL) - Sri Lanka's one of the all-time greats, Lasith Malinga bid adieu from World Cup as the third highest wicket-taker in the tournament's history. He surpassed Pakistan's Wasim Akram who has 55 wickets in 38 matches. Malinga sing-off with 56 wickets in 29 matches with an average of 22.87 and economy of 5.51.

4. Wasim Akram (PAK) - Wasim Akram was a bowler with short run-up who could produce a lot of pace in his bowling. He is the second highest wicket-taker in ODIs with 502 wickets. He has featured in 5 World Cups and taken 55 wickets in 38 matches with an average of 23.83 and economy of 4.04. In Pakistan's successful campaign in 1992, Akram played and a vital role and helped Pakistan to lift the only World Cup till date.

5. Chaminda Vaas (SL) - Another Sri Lankan in the list who wasn't that fast but very effective with his left-arm medium pace bowling. Vaas' specialty was his accurate line and length and ability to move the ball around both inside and outside. He played 4 World Cups for Sri Lanka and taken 49 wickets in 31 matches with an average of 21.22 and economy of 3.97.