Top 5 Batsmen With Most Runs In An Ashes Series 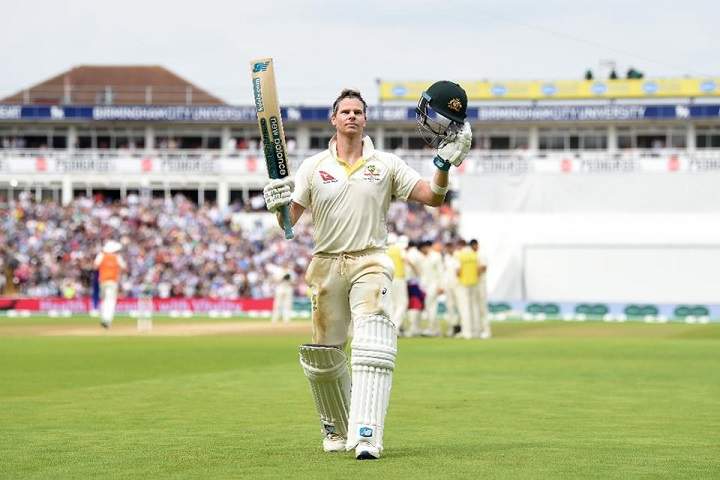 If you wondered that Steve Smith doesn't have any weakness, well, just for your information he averages only 30.68, least among the fab four (Virat Kohli, Steve Smith, Joe Root, Kane Williamson) in the 4th innings of the Test matches. And just to confirm, his fourth innings' venom again came to hunt him in the 5th Test in the ongoing Ashes series as he could manage to score only 23 off 53 balls in the chase of 399.

It was one of those rare days when Smith failed to score. For the records, it was the first under 50 runs score for him after scoring 10 successive 50+ scores in the Ashes. Well, there was something about his batting that Though he got out cheaply he finished the Ashes 2019 with 774 runs in just 7 innings. Australia retained the Ashes for the first time since 2001 in England. However, Australia couldn't win the series as it finished 2-2 with one game ended as drawn, the number one ranked Test batsman showed his class.

Smith's 774 runs in the series are now at the number five in among the top run-getter in a single Ashes series. During his short innings of 23 runs, he surpassed Sir Alastair Cook's 766 runs in 2010-11 in Australia.

Here is the list of the Top 5 highest run-getter in a single Ashes series:

1. Sir Donald Bradman (974 Runs) - An average nearly 100 in Test cricket, Sir Donald Bradman was the real batting maestro. In 1930, he made the Ashes by his own with his masterful batting. In the 7 innings of the 5 matches, Sir Bradman aggregated 974 runs at an average of 139.14 with 4 hundred. His highest score (334) also came in that series. It was such his magic that Australia won the Ashes 2-1 after losing the first Test against the host nation.

3. Mark Taylor (839 Runs) - On his first England tour, the classy left-hand batsman was the show stopper of the series in 1989. He simply didn't put a foot wrong in that Ashes and made 839 runs in 11 innings of 6 matches at an average of 83.90 with 2 centuries and 5 half-centuries. His highest score in the series was 219 as Australia clinched the Ashes 4-0.

4. Sir Donald Bradman (810 Runs) - Six years later his not so forgettable England tour in 1930, Sir Donald Bradman was again at his very best on home soil. He scored 810 runs in 9 innings at an average of 90 with 3 hundred and a fifty. It was a closely fought series which Australia won by 3-2.

5. Steve Smith (774 Runs) - Steve Smith is the only modern-day batsman whose records are closer to Sir Donald Bradman than anyone else. He was under pressure to perform well as he was making his comeback in Tests after facing one year of a ban on the ball-tampering scandal in 2018 in South Africa. And against all odds, he looked unmovable at the crease.

He played only 7 innings in this Ashes and without anyone's surprise, he by far looked the best batsman of the series and made 774 runs at an average of 110.57 with 3 hundred and 3 half-centuries. The series ended with the result of 2-2 but Australia retained the Ashes and Smith played a significant part in that.

Top 5 Bowler With Most Test Wickets In Debut Year