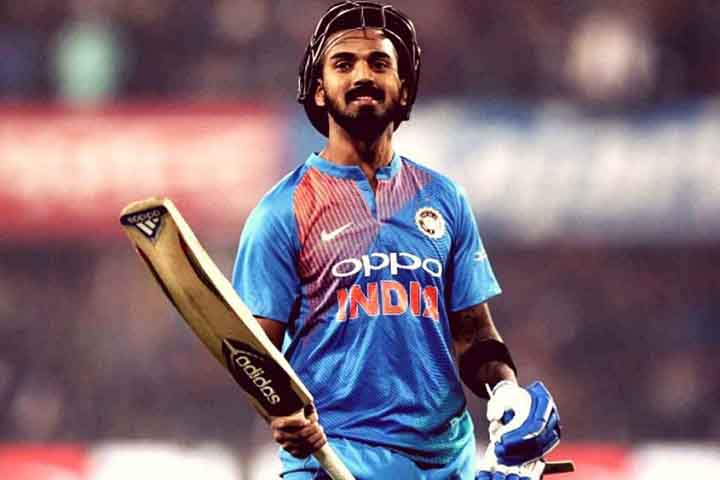 Scoring century in T20 cricket isn't easy for any player. Only a few players have been able to score hundred in the shortest format of the game. West Indies' Chris Gayle was the first batsman who scored a century in T20I but when it comes to scoring the fastest century, South Africa's David Miller holds this record with India's Rohit Sharma. Both the players took only 35 balls each to reach the three-figure mark in an international match.

Here is the list of fastest centuries in T20Is:

2. Richard Levi (45 balls) - Another South African make in the list who is on second in the fastest century list. He took only 45 balls and went on to score 117* off 51 balls including 5 fours and 13 sixes against New Zealand in Seddon Park, Hamilton.

4. A Finch/C Gayle/C Munro (47 balls) - Aaron Finch, Chris Gayle and Collin Munro took 47 balls each to get their century. Aaron Finch holds the highest and second highest score in the shortest format of the game. Finch in his fastest century, scored 156 off 63 balls including 11 balls and 14 sixes against England in Rose Bowl, Southampton while Gayle and Munro scored 100* off 48 balls and 104 off 53 balls respectively.

5. Evin Lewis (48 balls) - West Indies' Evin Lewis is one of the most dangerous batsmen in the world. He is on number 5 in the list of the fastest century. He scored 100 off 49 balls including 5 fours and 9 sixes against India in Central Broward Regional Park, Lauderhill.

7. BB McCullum/C Gayle/B Hayat/A Finch (50 balls) - Brendon McCullum has been one of the superstars in the game of cricket. He along with Gayle, Finch and Hong Kong's Babar Hayat took 50 balls each to complete their centuries. Finch got the highest score of T20Is and hammered 172 off 76 balls including 16 fours and 10 sixes against Zimbabwe.

8. Brendon McCullum (51 balls) - New Zealand's Brendon McCullum is on number 8 in this list. He scored 123 off 58 balls including 11 fours and 7 sixes against Bangladesh in Pallekele International Cricket Stadium, Kandy.

9. Mohammad Shahzad/C Munro (52 balls) - Mohammad Shahzad has played a big role in Afghanistan's success in limited overs. He already has become highest run-getter for Afghanistan in T20 format. He scored one of the fastest centuries along with Collin Munro in just 52 balls. Shahzad scored 118* off 67 balls including 10 fours and 8 sixes against Zimbabwe in Sharjah Cricket Stadium, Sharjah.

10. E Lewis/KL Rahul (53) - Evin Lewis and KL Rahul are two of the only few batsmen who have scored more than one hundred in T20Is. Rahul scored 101* off 54 balls against England while Lewis scored 125* off 62 balls against India.