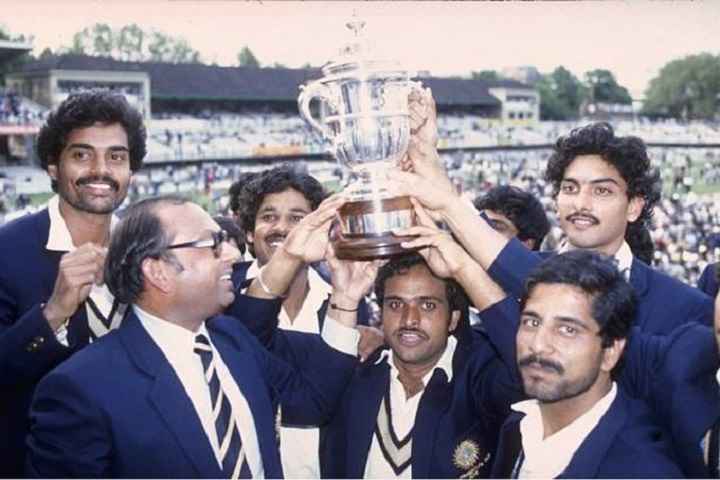 The year 1983 was a pathbreaking year for the Indian cricket when Kapil Dev's boys pave the way for the next generation to take up the sport. The 1983 World Cup was just the third edition of the tournament. The first two World Cups were won by the mighty West Indies and was aiming to make the hat-trick.

India truly dominated the tournament winning 6 out of 8 matches including the final at the Lord's. India had only 183 runs to defend to win the title which at the halfway stage was looking very difficult but the inspired bowling performances had not only helped India to defend the target but also helped to win by a fair margin of 43-runs. 28 years later, the MS Dhoni brigade repeated history, as Captain Cool launched the winning six into the Wankhede stands.

The interesting thing about the 1983 and 2011 World Cup is that we know everything that was there to know about the 2011 World Cup but it was not the same with the 1983 World Cup. There were a lot of things that went unheard about the tournament as the information was not so easily available in 1983.

1. When the Indian team was leaving for England to play the World Cup, they were without a coach, doctor and even a physiotherapist.

2. In the absence of a designated coach, it was Mohinder Amarnath who shouldered the responsibilities. Along with Kapil Dev and Sunil Gavaskar, he decided the batting and bowling order of the team.

3. Kapil Dev scored a brilliant 175 against Zimbabwe. Unfortunately, the match wasn’t recorded as the BBC was on a strike that day.

4. Talking about the betting going into the World Cup finale, India’s odds were placed at 66:1. Tells you a lot about the dominant position India was in during the tournament.

5. When Sir Vivian Richards was tearing apart the Indian attack in the final, Madan Lal went up to Kapil Dev and said to him, 'You give me the ball. I have earlier dismissed Vivian Richards and I can do it again'. And the rest, as they say, is history.

6. Sandeep Patil had broken his ribs two weeks before the tournament but still, he traveled to England and played fearlessly in the tournament.

7. During those days, a player was paid around Rs.12,500 for every match. But after the World Cup win, the BCCI announced a prize of Rs.2 lakh for the entire team. However, Sunil Gavaskar refused to accept the money.

8. When the news of India’s victory reached veteran singer Lata Mangeshkar, she organized a music concert for the Indian cricket team. The money received from this concert was distributed among the 14 Indian players, with each player getting Rs.1 lakh.

9. Before the tournament, Wisden Cricketer Monthly editor David Frith had written that he will eat his words if India wins the Cup. After a reader pointed it out, Firth literally ate his own article and published a picture of it in his magazine.

Stats: Top 5 Captain With Most International Wins In Women's Cricket