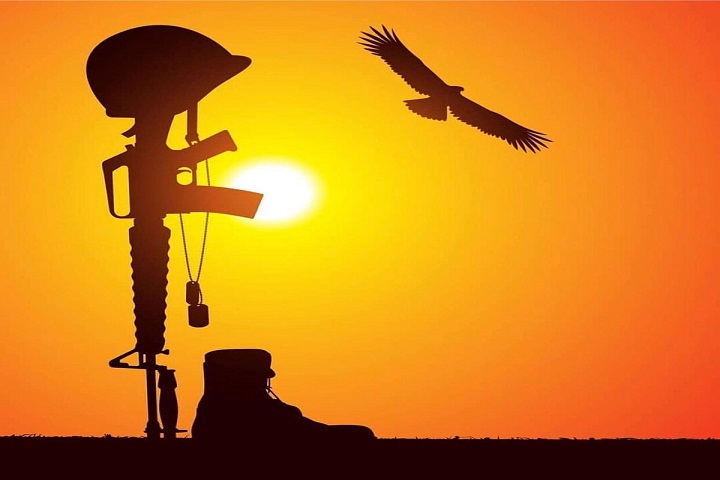 Indian cricket team's players have paid tribute to the martyrs in Pulwama terror attack. The attack was planned on Thursday when a terrorist attacked on Central Reserve Police Force's (CRPF) bus in which 40 CRPF Personnel have been martyred.

Our heartfelt condolences to the CRPF Jawans who lost their lives in the #PhulwamaTerrorAttack - Acting Hon.Secretary, Mr. Amitabh Choudhary pic.twitter.com/J1BXYJxulb

Cowardly, dastardly, meaningless...... my heart goes out to the families of those who lost their loved ones and prayers for recovery of those brave hearts in hospital. Salute to your commitment to “Service and Loyalty” @crpfindia!

Heartfelt condolences to the families of our brave #CRPF jawaans who lost their lives in the terrible & cowardly #Pulwama attack.
Deeply saddened and angered by this news and all my prayers to the families of these brave men. pic.twitter.com/hQxgdRMc0k

I'm shocked after hearing about the attack in Pulwama, heartfelt condolences to the martyred soldiers & prayers for the speedy recovery of the injured jawaans.

Disturbed by the incident in #Pulwama. My thoughts are with the families and friends of our brave CRPF jawans, who laid down their lives for the country. Let’s all do our bit to help the families during their dark hours and remember the soldiers in our prayers.

Deeply saddened and disturbed by the news. I condemn the terror attack in #Pulwama. My condolences to the families of the jawans who sacrificed their lives.

Deeply saddened on the loss of our brave CRPF jawans. My thoughts and prayers to their families affected.🙏

Very disturbed after hearing the news of one of the worst terror attacks in J&K. Strongly condemn this act. My heart goes out to all the CRPF jawans who lost their lives.

Shocked and horrified by what happened #Pulwama. The day we all celebrated love some cowards spread hatred. Thinking about the jawans and their families. India keep them in your prayers.

A matter of great grief and anger as we lost our #Jawans at the #Pulwama attacks. My thoughts and prayers for the families of the martyrs. India will fight back!

Shocked and saddened to hear the news of the #Pulwama attack on our jawans. My thoughts and prayers are with the victims and their families. @crpfindia #CRPF

Shocked to hear the news of the #KashmirTerrorAttack .. my sincere condolences to the families and friends of the martyred CRPF jawans 🙏 😔😔

Going through a range of emotions with regard to what's happened in Pulwama. Keeping all those aside for the moment and praying that the families of the soldiers find the courage to cope with a loss that should never have been.

'Dil Bechara' starring Sushant Singh Rajput will have a digi...