Rohit Sharma Is Back In Squad For Australia Tests; Dhoni Left Out From Windies And Australia T20Is 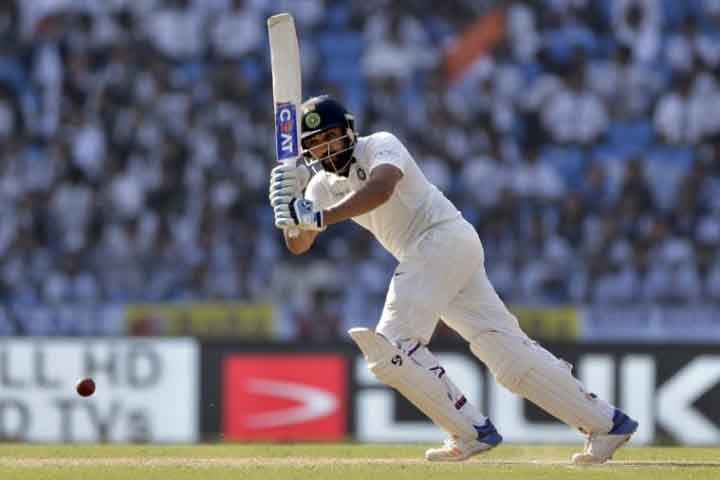 Rohit Sharma, India's premier batsman in white ball cricket has returned in the Test team as BCCI has announced 15-member squad for Australia tour 2018-19 starring from 21st November. Hardik Pandya hasn't fully recovered from injury and doesn't find a place in Test team, however, he will be a part of India A team against New Zealand.A for one-dayers later this year.

"Hardik Pandya has not yet recovered and will at least sit out till November 15. It's very difficult to match Hardik's all-around ability. At least we don't see that kind of ability now in India. That's why no other alternatives were discussed. And we expect Bhuvi [Bhuvneshwar] to come good; we know he can bat," India chief selector MSK Prasad said on Friday (October 26).

Murli Vijay who was dropped from the Test team after first two Test against recently concluded England tour has recalled for Australia tour. Parthiv Patel also named in the squad as a backup wicket-keeper of Rishabh Pant while Mayank Agarwal and Mohammed Siraj who were in the squad for West Indies Test, have been left out.

Rohit Sharma last played a Test during the South Africa tour earlier this year. However, he couldn't perform well out there but his white ball form forced selectors to include him in the Test side. He was in the line to make a Test comeback against England but was sidelined and Hanuma Vihari earned his maiden call-up.

"With regard to Rohit, we felt that his nature of cricket - he's a very good backfoot player, and we felt that his game is much suited to play in Australia. He [Parthiv] was not picked for the game against Afghanistan and also the England series, but subsequently, he played the Duleep Trophy, he batted well and kept well. So, if you see the selection we've done for the whole team, it's a mixture of youth and experience, which we really wanted because it's going to be a high-intensity series, which is why we've fallen back on the experience. The advantage of Parthiv is that he's a left-hander and can bat at any order. When the team demanded, even with a fractured hand he opened the innings in South Africa," Prasad said.

Selectors have included the experienced opener, Murli Vijay along with KL Rahul and Prithvi Shaw. Vijay, after been dropped from the squad, went on to play county cricket for Essex and registered four 50+ scores (including a hundred) in 5 innings and proved that he was in good nick. His excellent runs on previous Australia tour also forced selectors to recall him for Australia tour. With 482 runs [1 hundred, 4 fifties] in 2014-15 Australia tour, he was India's best batsman after Virat Kohli.

"Vijay had been dropped from England series," Prasad said. "He went back and played County, showed that intent and he performed. Considering the intensity of this series, we have considered him for the Australia series."

MS Dhoni who has played 93 T20Is, hasn't found his place for West Indies and Australia T20Is as Rishabh Pant and Dinesh Karthik named two wicket-keepers by the selectors, "The T20Is here and in Australia, he [Dhoni] is not going to play, because we are also looking at a second wicketkeeper. That will be between Rishabh and Dinesh Karthik. So they will be getting a chance to keep and bat," Prasad said.

Virat Kohli has rested against West Indies and therefore, Rohit Sharma will lead in 3-match series. Shahbaz Nadeem's long wait for an India call-up has come to an end as the 29-year-old Jharkhand left-arm spinner has been included for the T20I series against the Windies. However, he will not be a part against Australia.