'Please Don't Write Your Assumptions Based On Sources', Bhuvneshwar Kumar On Media Reports Claiming He Is Not Keen To Play Test Cricket 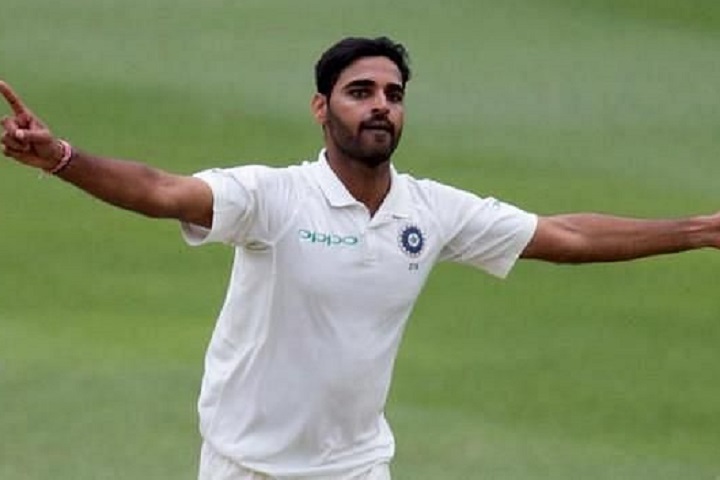 Mumbai, May 15, 2021: Team India pacer, Bhuvneshwar Kumar took to Twitter and hit back at media reports which claimed that the pacer is not keen to play Test cricket anymore in a bid to focus on limited-overs cricket.

According to a report in Times of India, a source said Bhuvneshwar had lost his "drive" to play Test cricket. "Bhuvneshwar just doesn't want to play Test cricket anymore. That drive has gone missing. To be honest, the selectors don't even see Bhuvi hungry for 10 overs, forget Test cricket. It's Team India's loss no doubt because if one bowler should have made it to England, it should have been him", said the source according to TOI.

Hitting back to the rumors, Bhuvi reiterates his desire to play Test cricket and also suggested media not to write assumptions based on "sources".

"There have been articles about me not wanting to play Test cricket. Just to clarify, I have always prepared myself for all three formats irrespective of the team selection and will continue to do the same. Suggestion - please don't write your assumptions based on "sources"!", Bhuvi tweeted.

There have been articles about me not wanting to play Test cricket. Just to clarify, I have always prepared myself for all three formats irrespective of the team selection and will continue to do the same.
Suggestion - please don’t write your assumptions based on “sources”!

Bhuvneshwar has taken 63 wickets from 21 Tests at an average of 26.09. His aptitude for extracting swing is thought to make him an ideal candidate to take the new ball in England, and he played a part in a famous Test win in 2014 at Lord's.

However, the pacer was sidelined from the India squad which selected for England tour where the team is scheduled to play the WTC Final against New Zealand and 5-tests against England. His omission from the squad, though the team is already balanced with the right combination, led to many speculations.

Meanwhile, Bhuvi recently made his comeback during the limited-overs series against England after coming from an injury. In the three-match ODI series (won by India 2-1), Kumar claimed 6 wickets with an economy of 4.65 which is remarkable considering the high-scoring matches. In the five T20Is, he bagged 4 wickets, and again, the economy was just over 6 (6.38) which was among the lowest in the series. His performance also helped him winning the ICC Player of the Month Awards for March.