My Father Always Used To Tell Me You Should Remain Not Out In The Game: Mandeep Singh 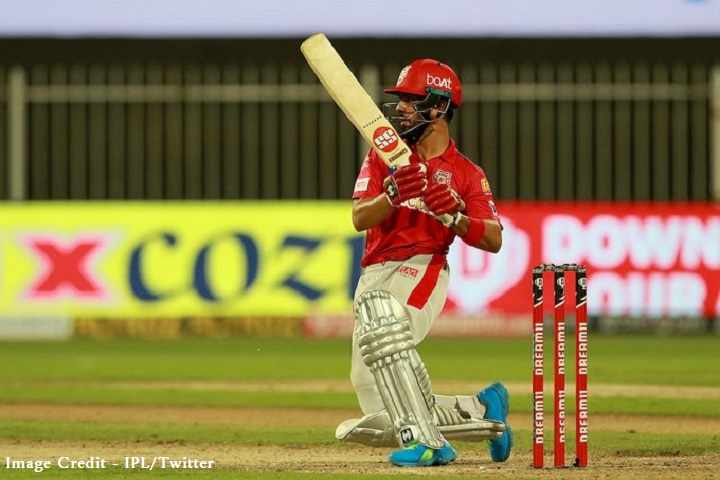 Mandeep Singh has been going through a roller coaster of emotions in the past week, with the sad demise of his father a couple of days back. However, despite that personal tragedy and with heavy heart, the 28-year old talented cricketer from Punjab choose to stay with the franchise, Kings XI Punjab and help them to advance in the Indian Premier League 2020.

Unfazed by the things happening around his personal life, Mandeep has braved himself to perform for KXIP on it, scoring a match-winning unbeaten 66 against Kolkata Knight Riders on Monday, October 26 at the Sharjah Cricket Stadium. His knock came at a crucial stage of the tournament in which, KXIP is well and truly alive to qualify for the playoffs.

"This was very special. My father always used to tell me to remain not out in every game, definitely special", said Mandeep Singh in a post-match interview and dedicated his half-century to his late father. "He always used to tell me, whether you score 100 or 200, you should be not out", he added.

"I had a talk with Rahul before the start of the game. Last game I was trying to score quicker and I wasn't comfortable doing that. I told Rahul if I play my normal game, I will win the game and I had the belief", revealed Mandeep on that chase.

"He (Rahul) told me to back my game and play the way I want to play, pretty happy with the win. He (Gayle) was just telling me to keep batting and play till the end and I just told him that he should never retire. He is too good. We are very excited", Mandeep added.

Mandy paaji looks up, a tribute to his father 🙌

Mandeep's special knock was appreciated by the rest of his teammates as well, with coach Anil Kumble and captain KL Rahul coming out to congratulate him for his fifty as well during the strategic timeout of the game against KKR.

"The kind of toughness Mandeep has shown has rubbed on to other ways. Everybody is emotional. Just to put his hand up, just to be there, just to finish off the game, makes us so proud", remarked Rahul in the post-match interview, speaking in praise of Mandeep.

Meanwhile, Kings XI Punjab, after an easy win over KKR has opened up the tournament once again. With 12 points in 12 matches, the KL Rahul led side is at number 4 in the points table. Though KKR has also 12 points Punjab is marginally ahead in the Net Run Rate which could be the deciding factor at the end of the league stage.

We Are A Far Better Team Than Where We Are On The Points Table: KL Rahul

'Madness, What A Tournament': Twitter Goes Berserk As KXIP Clinch Victory Over M...