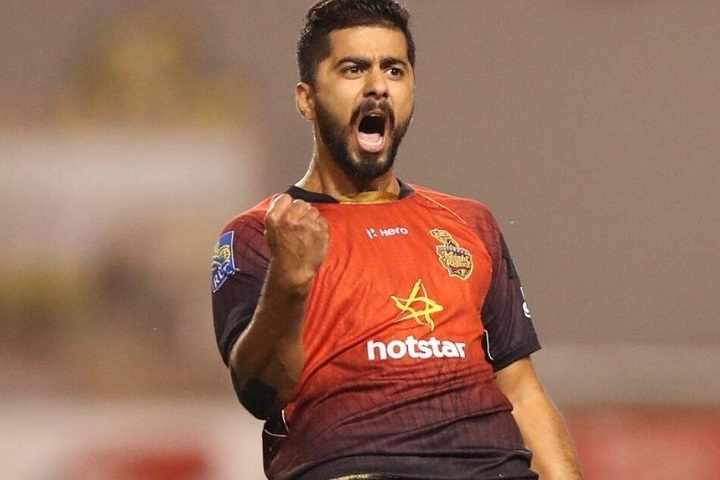 For the first time in the history of the Indian Premier League, an American player is going to participate. The two-times IPL winner Kolkata Knight Riders has signed American pacer Ali Khan who recently featured in the Caribbean Premier League.

The 29-year-old will replace England's pacer, Harry Gurney, who pulled out of the IPL due to injury and is set to undergo a shoulder injury.

Your wait for the replacement is now over! 🎉

Ali Khan was part of the Trinbago Knight Riders' squad which remained unbeaten en route to their 4th CPL title win. In the tournament, Khan picked up eight wickets from eight matches with an economy rate of 7.43. As per reports, he was on KKR's watchlist last season also but no deal could be worked out.

A genuine fast bowler, who clicks 140+ speed, came in limelight during the 2018 Global T20 Canada, where he caught the attention of star all-rounder Dwayne Bravo, who brought the youngster to the CPL. That year, Khan picked up 16 wickets from 12 matches for Guyana Amazon Warriors, the second-most by a fast bowler in the season.

Two days ago, Bravo, in one of his Instagram stories, posted a video with Khan, Brendon McCullum, and a few more inside a plan with the caption "Next stop Dubai" which hinted about Khan's participation in the IPL this year.

Khan was selected in a USA squad for the first time for the 2016 Auty Cup and ICC WCL Division Four in Los Angeles. On his CPL debut, Khan dismissed Kumar Sangakkara with his first delivery.

Krishna, Lynn star as KKR reaches to the playoffs