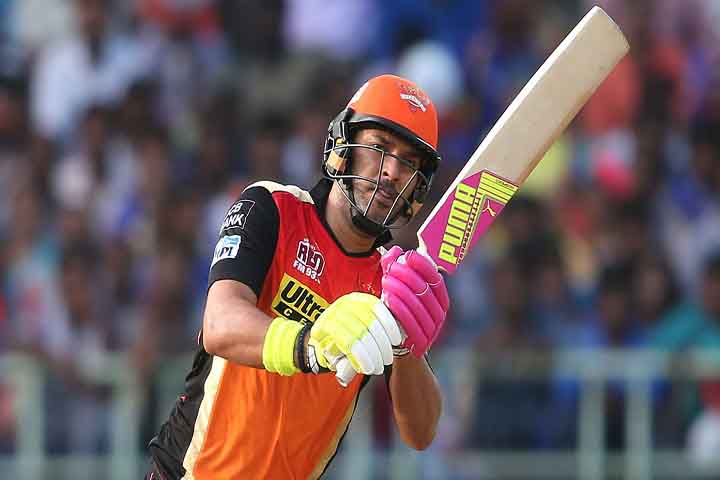 2011, World Cup hero and one of the most iconic faces of Indian Premier League (IPL), Yuvraj Singh who couldn't impress any franchise and remained unsold in the first round of IPL 2019 Auction has been grabbed by Mumbai Indian in INR 1.00 Crore while Jaydev Unadkat and the mystery spinner from Tamil Nadu earned biggest bids (8.4 Crore) on the opening day (December 18) of the auction.

Yuvraj Singh who played for the Kings XI Punjab in the previous season of the Indian Premier League underperformed and could score only 65 runs in 8 matches. He later was released by the franchise a few days before the auction. Same happened with Jaydev Unadkat who got highest bid (Indian player) of 11.5 Crore in the previous auction, couldn't justify his role as he took only 11 wickets in 15 matches with the economy rate of over 9 per over. He too was released before the auction but Rajasthan Royals show faith in him and bought back in 8.4 Crore.

Mumbai's uncapped all-rounder Shivam Dube also got big bids and has been snapped by Royal Challengers Bangalore in INR 5 Crore. Shimron Hetmyer who has been the star of Caribbean Premier League (CPL) also snapped by the RCB in INR 4.2 Crore while Afghanistan's Hazratullah Zazai who came in limelight after hitting six sixes in recently concluded Afghanistan Premier League (APL) surprisingly remained unsold in the first round.

Another star of Caribbean Premier League wicketkeeper-batsman Nicholas Pooran has been sold to Kings XI Punjab in INR 4.2 Crore while his teammate right-arm pacer who impressed everyone with his serious pace and bounce, Oshane Thomas has been grabbed by Rajasthan Royals in INR 1.10 Crore. Windies' T20 World Cup 2016 hero Carlos Brathwaite got 6.5-time bid of his base price and has been snapped by Kolkata Knight Riders in INR 5 Crore.

Hero of the recently concluded England-India Test series, Sam Curran who played some handy knocks down the order and also provided crucial breakthroughs, impressed some franchise and in the end was snapped by Kings XI Punjab in big sum of INR 7.2 Crore while his teammate Jonny Bairstow grabbed by Sunrisers Hyderabad in INR 2.20 Crore and will feature in the IPL for the first time.

South Africa's star and one of the best bowlers at present, Dale Steyn couldn't attract any buyer and went unsold in the first round along with Hashim Amla. Colin Ingram another South African star will see playing for Delhi Capitals who snapped him in INR 6.40 Crore. India's uncapped batsman Milind Kumar who is the highest run-getter in this year Ranji Trophy so far has been sold to RCB in INR 20 Lakhs while Punjab's wicketkeeper-batsman Prabhsimran Singh got big bid of 4.8 Crore and will play for Kings XI Punjab. Nathu Singh, Ankush Bains also able to attract franchise and has been sold on base price.

Some of the biggest names as Alex Hales, Brendon McCullum, Chris Woakes, Shaun Marsh, Angelo Mathews, Kusal Perera, Morne Morkel remained unsold on the opening day of the auction. But Lasith Malinga who went unsold last time has been brought back by Mumbai Indians in INR 2 Crore.