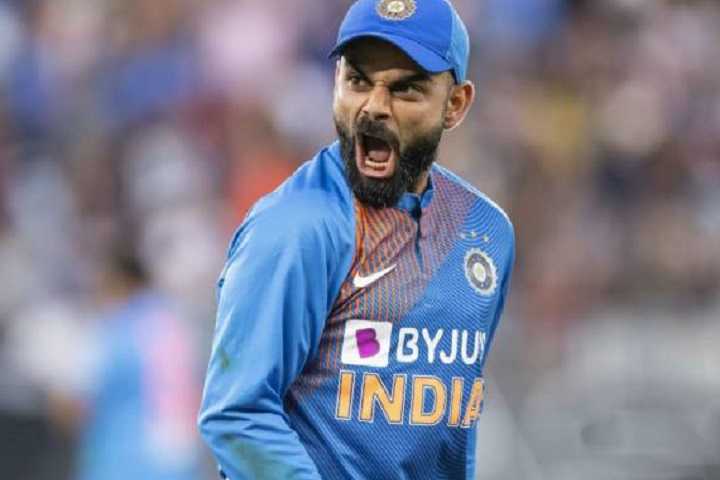 Team India captain Virat Kohli won the prestigious Sir Garfield Sobers Award for ICC Men's Cricketer of the Decade. Virat also bagged the ICC men's ODI Player of the Decade award for his prolific record in the 50-over format.

Virat Kohli was the highest run-getter during the awards period with 20,396 runs across formats. He also scored the highest numbers of centuries (66) and fifties (94) in the decade in all three formats. In ODIs, Virat remains the only player to score over 10,000 runs with 39 hundred and 48 fifties at an average of 61.83.

"My only intention was to make winning contributions for the team and I just strive to do that in every game. Stats just become the byproduct of what you want to do on the field", Virat Kohli reacts to winning the ICC Men's Cricketer of the Decade award.

Virat Kohli was nominated for the player of the decade award across all three formats, but he could only win one of those. Australia's Steve Smith won the ICC men's Test Player of the Decade award who scored 7040 runs at an average of 65.79 which is the highest among the top 50 batsmen. During this period, Smith also scored 26 centuries and 28 fifties and currently is the number one ranked.

Afghanistan's Rashid Khan returned with the ICC men's T20I Player of the Decade award. He was the highest wicket-taker with 89 wickets during the award period at the phenomenal average of 12.62.

"I am speechless after this award and happy for the fans. For someone from Afghanistan to get this award, it's a special moment for me", Rashid Khan reacts.

Former India skipper MS Dhoni won the ICC Spirit of Cricket Award of the Decade for his gesture towards England's Ian Bell during the Nottingham Test in 2011. Dhoni called back Ian Bell on the crease after he was given out by the umpire in unusual circumstances.

The former India captain was chosen by fans unanimously for his gesture of calling back England batsman Ian Bell after a bizarre run out in the Nottingham Test in 2011.#ICCAwards | #SpiritOfCricket pic.twitter.com/3eCpyyBXwu

A clean sweep for Perry ⭐ pic.twitter.com/yc9GjGBlFS

Know more - ICC Announced The Test, ODI, And T20I Teams Of The Decade

Virat Kohli, 'No Dream Is Too Big To Achieve' On Becoming ICC Cricketer of The D...