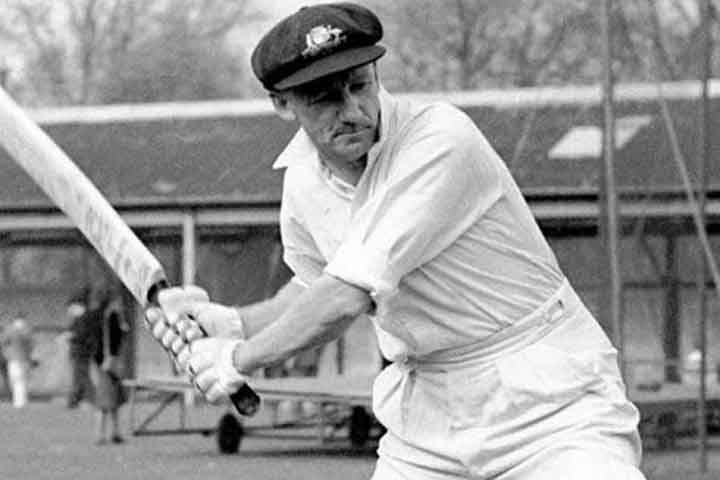 As you all know cricket is the game of uncertainty where Everyday new records are created and breaks. In the modern day cricket, players have become much more innovative with their batting and bowling and the mindset they have developed since the T20 has launched, every cricket records seem possible to be broken.

However, there are some records which no one was able to break and there are high chances that some of the records will not be broken in any time soon while some will be the hard nut to crack for any player no matter how much they have developed themselves.

Here is the list of TOP 10 records that look impossible to break:

1. Sir Don Bradman's average of 99.94 - Sir Don Bradman is recognized as the greatest batsman of all time. He represented Australia in 52 Test matches and scored 6,996 runs with an average of 99.94. he had scored 29 centuries and 13 half-centuries in his career. Sir Bradman's average is the record in any format of the game. No other players even could come close to this. His record sounds impossible to break for any player in any era.

2. Sachin Tendulkar's 200 Test match - Test cricket is the ultimate form of the game. It takes a lot of physical and mental strength to be able to compete until five days. Sachin Tendulkar who represented India in 200 Tests and 463 ODIs is the synonym of the game. During his 24 years long career, he scored 15,921 and 18,426 runs with an average of 53.79 and 44.83 in Tests and ODIs respectively. Sachin has created so many records but his record of 200 Test matches is highly unlike to be broken. Among the current players, England's Alastair Cook has played 158 matches.

3. Anil Kumble's perfect TEN against Pakistan - There have been only two bowlers in the history of the game who have been able to take 10 wickets in a Test match innings. Former Indian bowler and third highest wicket-taker of all time, Anil Kumble made a record of taking 10 wickets in an innings of Test against Pakistan team at Feroz Shah Kotla ground in Delhi on February 7, 1999. Apart from Kumble, England's Jim Laker has also done the same against Australia in 1956.

6. Irfan Pathan's first over Hat-trick - Indian team player Irfan Pathan has a wonderful record in Test cricket to his name. He made this record in 2006 with a hat-trick in the very first over of the Test against the Pakistan team. He dismissed the likes of Mohammad Yousuf, Younis Khan, and Salman Butt.

7. Graham Gooch's 456 runs in a Test match - England's Graham Gooch has a special record which he made against Team India in 1990. He scored 333 in the first innings and 123 in the second innings. After that, Brian Lara also made a record of making 400 runs in an innings, but no batsman, including Lara, has not been able to demolish this record so far.

8. Phil Simons' bowling figure of 10-8-3-4 in an ODI - In modern day cricket bowling has been the toughest job for any bowler. There was a time when bowlers dominate the cricket. West Indies' Phil Simmons has made a unique record against Pakistan 23 years ago. He bowled 10 overs and only conceded 3 runs for 4 wickets with 8 maiden overs.

9. Chaminda Vaas' 8 wickets in an ODI - Former Sri Lankan bowler and one of the best left-arm fast medium, Chaminda Vaas has a record of taking 8 wickets in one match in ODIs. He took 8 wickets for 19 runs in 8 overs against the Zimbabwe team. It is difficult to break the record of 8 wickets taken by Vaas in ODIs.

10. AB de Villiers' fastest century off 31 balls in ODIs - AB de Villiers is considered as the most innovative and dangerous batsman of this generation. In 2015 against West Indies, he smashed the fastest century in one-day cricket (31 balls). He had broken the record of New Zealand's Corey Anderson who scored a 36-ball hundred against the same opponent in 2014.