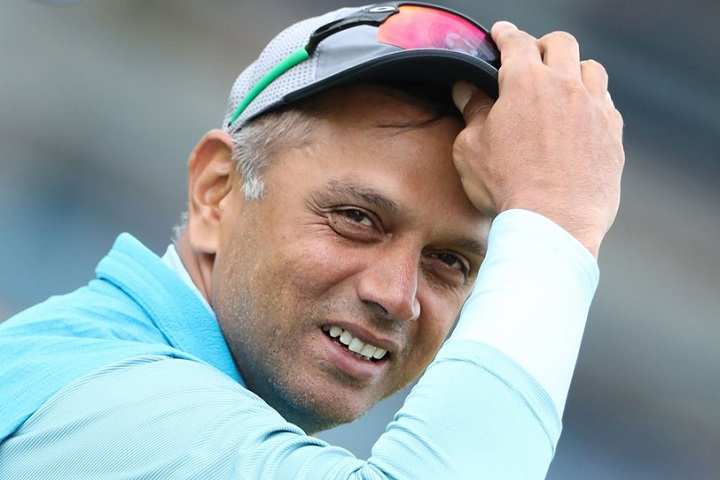 One of India 'Fab Fours' during the golden era of Indian cricket and India's favorite number 3, Rahul Dravid turns 47 today (January 11). His determination and accomplishments on the cricket field have rewarded him with the title of 'The Wall' who never broken. There is no doubt that Rahul Dravid has been one of the finest players world cricket has ever seen.

Rahul Dravid was like a shield for the Indian team for all the years he played. His grace and humility on and off the field make him favorite across the globe. His dedication to the game was second to none.

Today on his birthday, we bring you 15 famous Quotes by the stalwarts of the game on Rahul Dravid that prove Rahul Dravid is a genius. Read on.

1. "He has set a great example for all of us to follow and we all are struggling to follow that path"

2. "Rahul Dravid is a player who would walk on broken glass if his team asks him to do"

3. "All this going around is not aggression. If you want to see aggression on the cricket field, look into Rahul Dravid's eyes"

4. "Ask any bowler and he will tell you that all the greats will give you a half-chance early in their innings, except Dravid"

5. "I have also not seen him lose his temper. He has that uncanny skill of keeping his frustrations to himself. He hates to get out though and you can the restlessness in him till he gets his acts together in the next outing. He is the most hard-working guy in the side"

6. "Rahul has always been in the shadow of Sachin. If you take his record it is as good as Sachin's but can not compare both as they are different kinds of players. Rahul is a complete cricketer"

7. "Dravid has been a class player for a long time now and we know his ability better than anyone. He is not like the other guys who love scoring off every ball, and there is no real weakness in his game either"

8. "Even though Sachin is great, I have always found Rahul more solid and hard to get out. He has a solid defense and plays less shots than others. When a batsman plays less shots then it is tough to get him as he makes less mistakes"

9. "If I packed only two sets of informal clothes, he would rotate them through an entire tour if he had to and not think about it. He doesn't care for gadgets, and barely registers brand of watches cologne or cars. But if the weight of his bat was off by a gram, he would notice it in an instant and get the problem fixed"

10. "Rahul Dravid being known as 'The Wall' is pretty much spot on. 'The Fortress' could also describe Rahul. Because once, Rahul was set, you needed the bowling equivalent of a dozen cannon firing all at once to blast him down"

11. "On a different note, I can't help commenting that when it comes to style, I find Rahul Dravid most stylish. In boxing parlance, he gets his punches without anyone noticing it. At the end of it, his opponent bruised!"

12. "If you can't get alone with Dravid, you are struggling in life"

13. "If I have to put anyone to bat for my life, then it will be Kallis or Dravid"

14. "Everyone praises Sachin Tendulkar. He may be a genius but in my book, Rahul Dravid is the artist. Dravid's defense tactics, his strokes, his cuts, his grace, are truly amazing. I would like to meet the champ sometime and take my hat off to him"

15. "He brings serenity to the crease that is so good for the nerves in the dressing room. He also helps ease the tension away by the way he plays. He then proceeds to make the fastest of bowlers look easy to bat against. His economy of movement and the preciseness of his footwork gets him into position quickly, and so, the bowlers look quite clueless. The fastest of deliveries is played as if it’s done every day and with minimum fuss"

The greatest team man that Indian cricket has ever seen, the one who did all the dirty work, working hard for each run, the one who stood like a wall no matter what was thrown at him, Rahul Dravid embodied resilience and passion to win.

Wishing A Great Birthday To MS Dhoni - A Born Leader