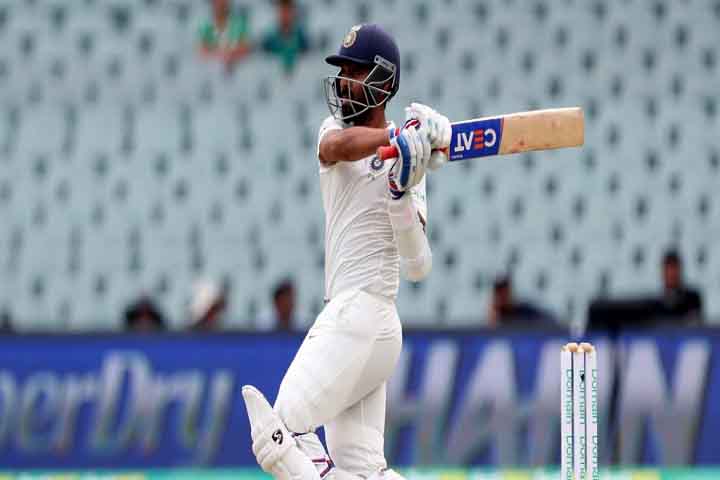 If someone asks Ajinkya Rahane which was your favourite Test knock, he will probably choose 48 runs that he had scored against South Africa in 3rd Test at the tough wicket of Wanders, Johannesburg. India had lost that series but won the 3rd test.

Ajinkya Rahane who will lead India in one-off Test against Afghanistan in the absence of the regular captain Virat Kohli talked about fitness, Johannesburg innings, Afghanistan Test and upcoming overseas challenge with TOI on Saturday, June 2.

Here are some excerpts from his interview given to TOI:

The last time you led India, it was an impressive outing. There's another opportunity coming up against Afghanistan

I'm looking forward to it. After the IPL, it's almost like a start of a season, so there is so much to look forward to. There are processes to be put in place on the personal front, responsibilities to be carried out (as captain in the one-off game)

That 48 you scored in Johannesburg (3rd Test), worth its weight in gold?

Two matches down in a three-match series and you get a wicket like that, you're up against the wall and the only way out is a fightback, it's how you react to the situation. Absolute positive intent alone begins to matter and that's exactly what helped us pull off that win. On a personal front, it was immensely satisfying.

That was quite a wicket

We knew the wicket wasn't an easy one but it was equal for both teams. If the wicket was going to make life difficult for us, then it going to do the same to South Africa. It was an equal opportunity contest and I thought we were phenomenal.

Tell us about that innings

It's great that I got an opportunity on a wicket like that one. I knew I was batting really well in the nets. I could feel it. Normally you do have an idea about your game but on a wicket like that, it's your guts that count. When the ball goes from right next to your helmet or even if you're sitting in the dressing room and watching your teammates bat in similar conditions, it's very easy for someone to start thinking a bit negatively. But in that Test, on that wicket, every batsman in the team was like 'ok, right now I want to go out there on that wicket in this kind of a situation'. That's exactly how even my mind was thinking too. Even a century in a different scenario would probably not give me the kind of joy that 48 did.

So, now it's all about carrying the Johannesburg mindset to England

Oh yes, it's the same intent, aggression and attitude that we'll be carrying to England. When you play overseas, it's that attitude which matters, more than your skills. Skill-wise, most cricketers are more or less similar. What probably adds notches to a team's overall performance is the intent with which you approach a game.

It gives you an opportunity to come back into the contest. South Africa is a classic example. The contest would've been completely a different one moving forward from the Wanderers Test. But a five-Test series has other challenges too. For example, it is important to remain fresh throughout the series. The start is always important but carrying that momentum till the very end is equally crucial. The mind should not get tired. That's the key.

Essentially, it's fitness that it all boils down to

That's paramount. As a professional athlete, you have to push yourself. Sometimes, your body says you're tired but your mind tells you something different. Then it's all about following your mind, talking to yourself, letting your mind tell your body to keep going. For the amount of cricket we play throughout the year, training sessions are vital. It's part of your life - you eat, drink, sleep, play, train. You can skip a practice session on an odd day but a training session is what you just can't miss.

And it has to be fun

The trick is to understand your body and in turn, it's about enjoying and having fun. Just the other day I did my yoyo and I was pretty happy with myself. But the challenge is in maintaining that and raising the bar.

Keep in mind, Ajinkya Rahane had captained India against Australia in Mohali Last year. And now he got another opportunity to lead his side as Virat Kohli ruled out from this match after got his neck injured.

Thanks for the reading

I might not be fit for Afghanistan Test - Says Wriddhiman Saha

Rahane to lead against Afghanistan; Bumrah, Bhuvneshwar have rested

Spinners will be key as conditions are ideal for India to win in England - Anil ...