"2014 England Tour Was A Milestone In My Career", Kohli Reveals How 2014 Tour Changed Him As A Player 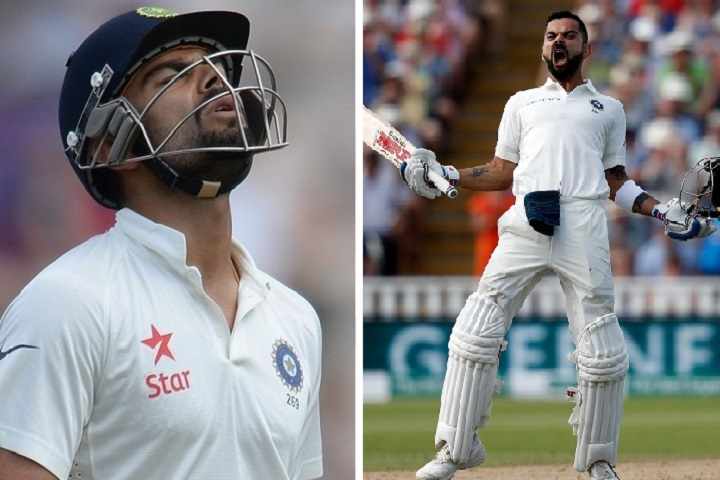 Team India captain Virat Kohli revealed that the England tour of 2014 which is by far Kohli's worst by statistically in which he could score only 134 runs in 10 innings proved to be a milestone in his career which helped him to change his approach and mindset. And when 4 years later, Kohli returned for his toughest challenge, he looked a completely different player altogether.

Ever since the 2014 England tour, Virat Kohli's stats as a batman skyrocketed. He has played 57 Test matches (94 innings) and piled on 5,385 including 593 runs in 5 Tests on 2018 England tour since the fifth and last Test match against England at The Oval in 2014 which speaks a lot about his determination.

"I started being more fearless, not in situations which sort of seemed easy, like in white-ball cricket, you invariably knew what the situation was. You prepared yourself, you get motivated very easily. But Test cricket, when it gets tough, to maintain your composure is the most difficult thing for a cricketer. That is something I really needed to correct".

Virat Kohli, however, credits Team India coach Ravi Shastri for his success as a batsman on the 2018 England tour and the tours happened after 2014. He revealed that soon after the 2014 England tour, Shastri (who was Team India director then) called him and Shikhar Dhawan to his room and suggested them to make some changes in their techniques. Kohli who went to England as captain of the team this time obviously followed what Shastri's advised, and what happened next is well known.

"Well, it was after the England tour in 2014. He (Shastri) called me and Shikhar to his room. He called for a bat as well. He has such a keen understanding of the game. Because from a lower-order player to opening the batting for India and averaging 40-plus and scoring hundreds almost everywhere in the world, you have to have a good understanding of the game".

Kohli also revealed that How Shastri's suggestions of standing outside the crease helped him to deal with the pacers.

"I was so much more in control. I was in control of the space that I was playing in. I would play with conviction of the front foot also play the short ball from the same base. The results were there to see", He said.

An advantage to have a captain like Kohli who wants you to go all-in and play wi...