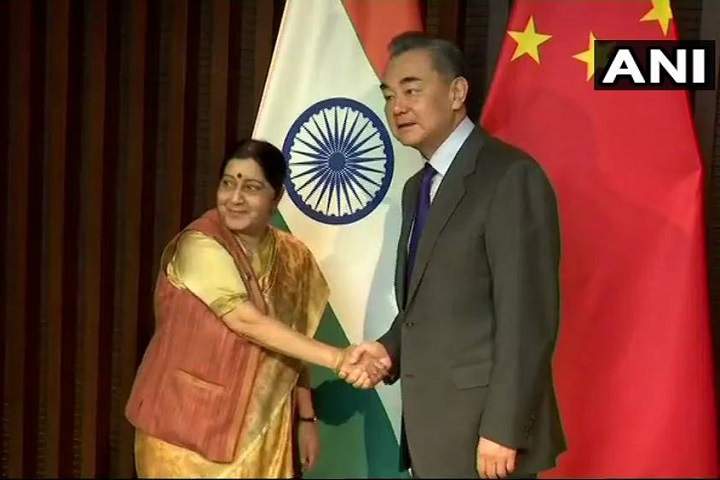 - EAM Sushma Swaraj in Wuzhen, China: India-China relations, as you said, is an important relationship for both of our countries. We have made substantial progress in our relations since the informal summit between PM Modi and President Xi Jinping in Wuhan in April 2018.

- EAM Sushma Swaraj: It is important to both sides to ensure thorough and effective implementation of the guidance given by our leaders. Both sides have made good efforts in this regard & we should sustain this effort.

- EAM Sushma Swaraj in Wuzhen, China: Such dastardly terrorist attacks are a grim reminder for the need of all the countries to show zero tolerance to terrorism and take decisive action against it.

- EAM Sushma Swaraj: Following the Pulwama terrorist attack instead of taking seriously the calls by the international community to act against Jaish-e-Mohammed&other terror groups based in Pakistan, it denied any knowledge of the attack&outrightly dismissed claims by Jaish-e-Mohammed.

- EAM: In the light of the continuing refusal of Pak to acknowledge&act against terror groups on its territory&based on credible info that JeM was planning other attacks in parts of India, GoI decided to take preemptive action⌖ was selected in order to avoid civilian casualties.

- EAM: It wasn't a military op, no military installation targeted. Objective was to act against terrorist infrastructure of JeM to preempt another terror attack in India. India doesn't wish to see further escalation of situation. It'll continue to act with responsibility&restraint.

For more and the latest news about Politics, stay tuned to us.

Terrorists Will Have To Pay The Big Price - PM Narendra Modi

Deadpool 2 Releasing In Mainland On 25 January