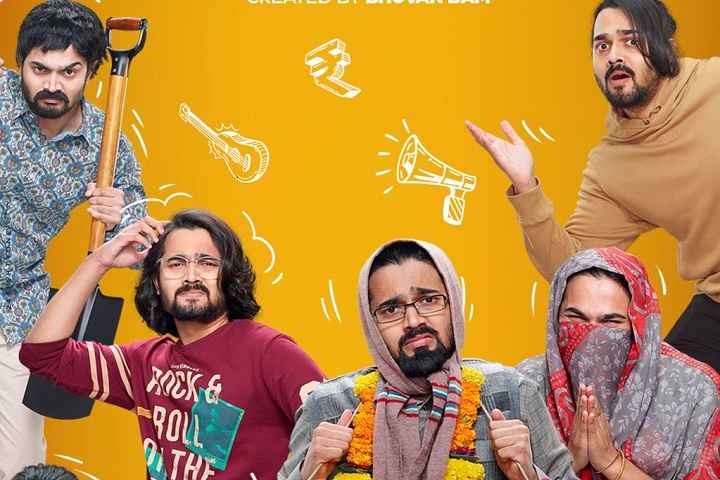 Hyderabad, October 18 - Youtuber Bhuvan Bam is once again catching eyeballs for his latest web show "Dhindora", written and created by him. Known for playing different roles in his videos on Youtube, Bhuvan plays ten lead characters in the series, which is directed by Himank Gaur.

"Dhindora" is the first web series, in which Bhuvan plays the lead role. It was released on October 14 on his Youtube channel BB Ki Vines. The comedian is winning hearts for making the show on his own and playing different characters by himself. While he has 21 million subscribers on Youtube, his talent for making content has now got a fan in a superstar.

Tollywood superstar, Jr. NTR has lauded Bhuvan for his new 8-episodes show, even though the show is in Hindi. "It's astonishing to see how a boy from Delhi with no formal guidance or connect has managed to create a whole show #Dhindora out of the characters he plays... Way to go @Bhuvan_Bam!", NTR wrote on Twitter.

In return, Bhuvan Bam thanked the superstar for making his day. "Thanks a lot sir! You made my day! I'm humbled that the show is reaching out to territories and people beyond my expectations", he tweeted in response.

Thanks a lot sir! You made my day! ♥️

I’m humbled that the show is reaching out to territories and people beyond my expectations. 🙏🏻 #Dhindora https://t.co/Sf0EPcmUzA

The show, Dhindora, focuses on Bhuvan's father Babloo who has been fired from his job and become hopeless. However, his fortune turns around after winning a huge lottery, which makes things more happening around him and his family.