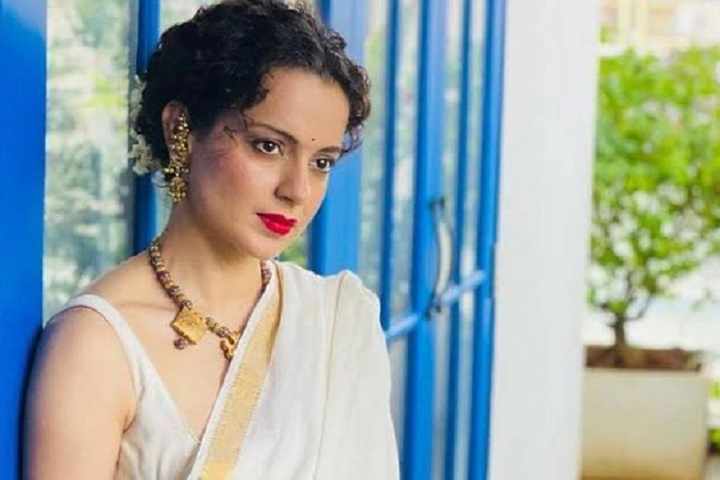 Mumbai, May 5, 2021: Actress Kangana Ranaut's Twitter account has been permanently suspended for violating the policy of the platform. The suspension came after Kangana posted a series of tweets (which termed as hateful speech by the platform) on the alleged violence in West Bengal post-election result.

The account repeatedly violated Twitter policy on "hateful conduct and abusive behavior", the social media site said on Tuesday. However, the 34-year-old actor said that she has many platforms to raise her voice, including her own art in the form of cinema.

After the action was taken by Twitter India against Kangana, Netizens started supporting the actress and even demanding to restore her account. Check out some of the reactions to the hashtag #Restorekangana

Always loved how she tweeted stuff like a normal person, tweeted what came to her mind and not what was expected of her. Wasn't afraid to be ridiculed or to be hated or to be misunderstood
Hoping she sees the positive msgs today ❤, some of us cherish the chaos #RestoreKangana

Hello Jack chacha. Why you didn’t suspend Swara Bhaskar & Amanatullah’s accounts. This’s allowed but speaking in the favour of our Nation isn’t allowed. Why you’re so biased Jack#Restorekangana pic.twitter.com/omyNAFagPf

Why @TwitterIndia and left lobby is scared by right wing womens voice ?😷#RestoreKangana

#RestoreKangana Now it is time to act by the govt. of India on Twitter on the similar line of what Russia has done to pull them out and fix their selective left leaning agenda of curtailing the freedom of expression. The Kangana's Twitter followers strongly condemn this act. pic.twitter.com/TaKtGmo9Px

The only Bollywood celebrity who was so vocal about culture of this nation but anti Hindu Twitter suspended her 😡
We want her back. @TwitterIndia #Restorekangana #RestoreKangana pic.twitter.com/aFwqVHUn3C