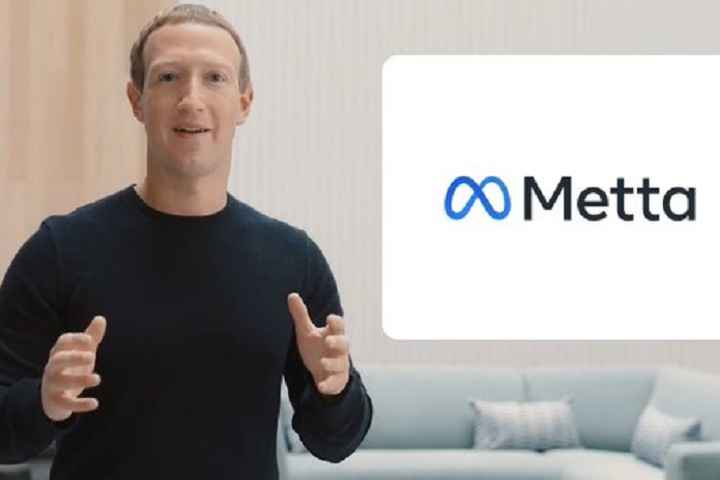 Los Angeles, October 29 - One of the leading social media platforms, Facebook has been renamed as "Meta", the company revealed its new name, with CEO Mark Zuckerberg making an official announcement in an effort to encompass its virtual-reality vision for the future, called "metaverse".

The announcement comes amid an existential crisis for Facebook. It faces legislative and regulatory scrutiny in many parts of the world following revelations in the Facebook Papers. Zuckerberg made the announcement at Connect, the company’s annual hardware event.

"From now on, we're going to be the metaverse first. Not Facebook first", Zuckerberg said in his keynote. The company called the metaverse, "a place where we'll play and connect in 3D. Welcome to the next chapter of social connection". Adding that the names of the apps Facebook, Instagram, Messenger, and WhatsApp will remain the same.

In explaining the rebrand, Zuckerberg said the name "Facebook" just doesn't encompass "everything we do" anymore. In addition to its primary social network, which now includes Instagram, Messenger, its Quest VR headset, its Horizon VR platform, and more.

The names of the apps that we build—Facebook, Instagram, Messenger and WhatsApp—will remain the same.